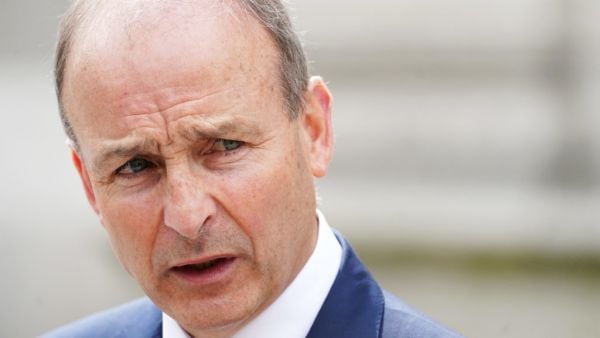 Taoiseach Micheál Martin has pledged to respond to concerns raised by the brother of a Troubles victim about the case at a meeting in Dublin.

Mr Martin was urged to “play with a straight bat” and look into the circumstances leading up to the murder of Ian Sproule in Castlederg, Co Tyrone, in 1991.

A representative of a victims’ group present at the meeting said that the Taoiseach appeared to show “significant empathy” when listening to John Sproule’s story.

The family of Ian Sproule believe that there was Garda collusion involved in the killing of the 23-year-old joiner.

Speaking after the meeting at Government Buildings on Monday, John Sproule said: “The Taoiseach listened to what I had to say and appeared to show a genuine connection with the issues I raised.

“He committed to take away what was discussed and to come back to me with advices on how matters might be progressed.”

He added: “I recognise the Taoiseach’s track record on issues connected with terrorism and criminal violence, he has always played with a straight bat and I would expect that he will want to do likewise in my brother’s case.

“I cannot rest unless and until I receive full accountability for the circumstances which led to Ian’s murder and how it remains that no-one has been held accountable.”

SEFF director of services Kenny Donaldson said: “We leave Dublin today encouraged that possibly something might happen, the Taoiseach appeared to be genuinely interested in John’s story and demonstrated significant empathy when engaging with him.

“We will await to see what flows from today’s discussions, the Irish Government can be in no doubt now as to the needs of the Sproule families; needs which are legitimate and which should and must be delivered upon,” he said.

In a statement, a spokesperson said the Taoiseach was “pleased to have the opportunity to meet with John Sproule and the South East Fermanagh Foundation”.

“The Taoiseach once again repeated his condemnation of the appalling murder of Ian Sproule by the Provisional IRA, and urged anyone with information to come forward to the PSNI or gardaí.

“He listened carefully to John’s presentation and said he would revert to him on the concerns raised.”

In November 2019, Minister for Foreign Affairs Simon Coveney met with a family member of Ian Sproule and the DUP’s Diane Dodds, then an MEP.

Following the meeting, Mr Coveney said there was a “good, honest” discussion on issues around trust and legacy, and that he hoped it would be one of several meetings he will be able to hold with the family.”