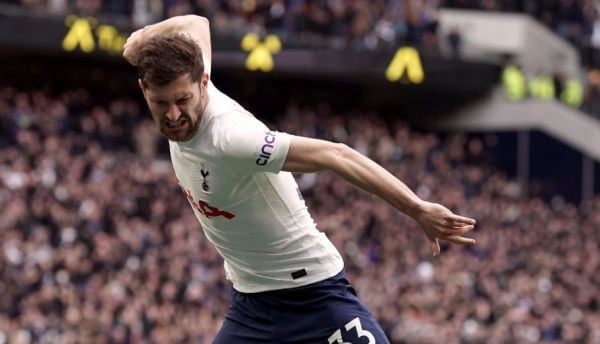 Tottenham defender Ben Davies admits it is an exciting time to be at the club after he extended his contract until 2025.

The Wales international, who moved to Spurs from Swansea eight years ago, did not need to think twice about adding an additional 12 months on to his previous deal.

“After last season and the summer this club has had there is no more exciting time than right now to be at this club,” he told SpursPlay.

🎙 “It really feels like home now, the story continues”

Ben Davies on his new contract and the season ahead 🙌 pic.twitter.com/UcRbYh2qDG

“I was enjoying my football and when the opportunity came to extend my contract I was more than happy to do so.

“This is a significant amount of time in football, especially when a career is quite short and in football people move around a lot, so it is an honour to still be here and keep it going.

“We’ve brought players in we hope will improve us as a squad and make us more competitive throughout the season.

“It will be a pretty jam-packed schedule around the World Cup so we need everyone to play their part.

“It’s a very exciting time and a season we are all looking forward to.”

Davies, 29, has made 271 appearances in all competitions and his 58 in Europe put him in the club’s top-five all-time list.