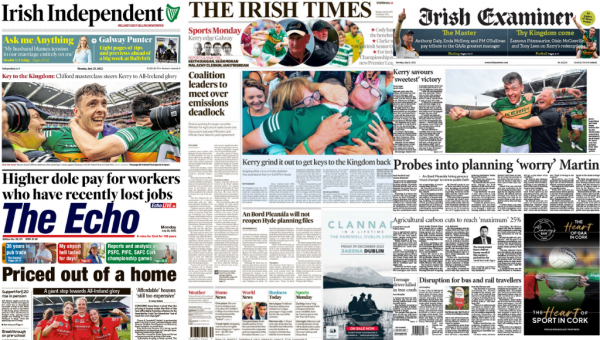 The result of Sunday’s All-Ireland Senior Football Final is widely covered across the national papers, alongside worries about An Bord Pleanála and agriculture emissions.

The Irish Times leads with an image following Kerry’s win over Galway in Croke Park to claim their first title since 2014. ‘Kerry grind it out to get keys to the Kingdom back’ the headline reads, after Jack O’Connor’s men took a four-point win over the Tribesmen, finishing 0-20 to 0-16.

The papers also reports that leaders of the three coalition parties are due to meet to discuss agriculture emissions targets after no agreement was reached last week between ministers and officials over cuts in the region of 20-30 per cent. 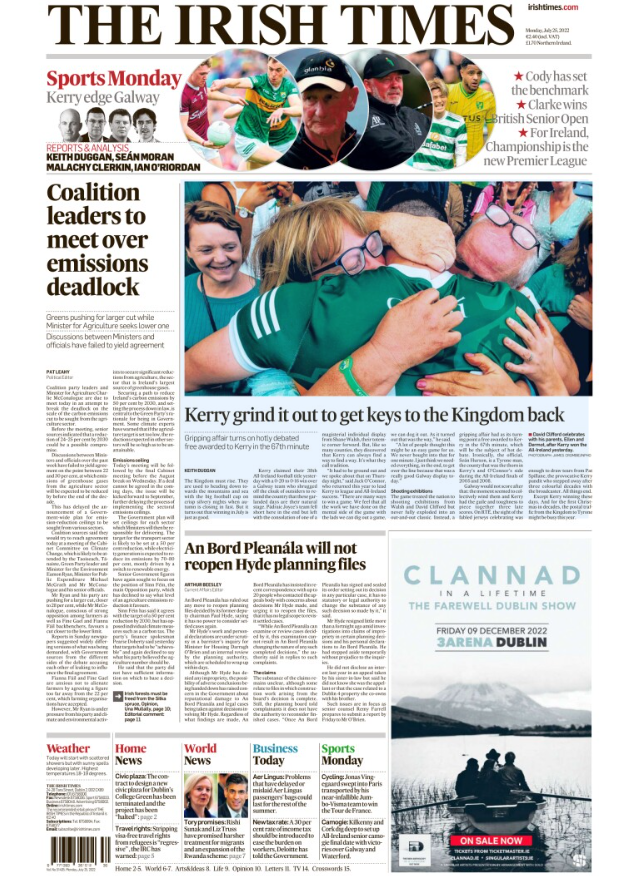 The front page also carries a story following the death of a young man in Co Kerry after his car collided with a tree on the outskirts of Listowel on Sunday afternoon. 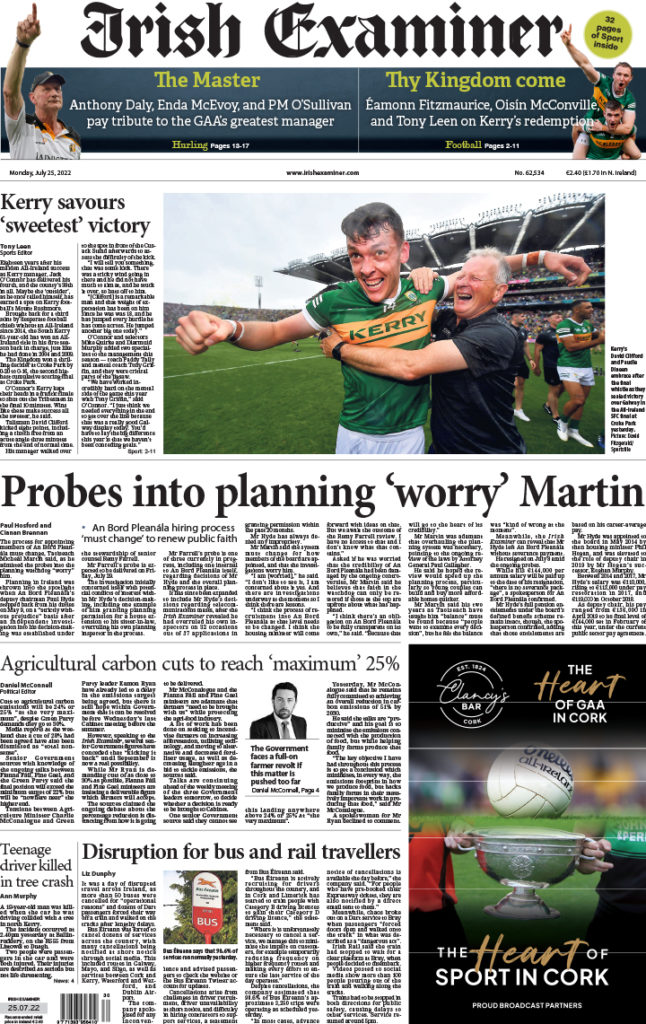 The Echo reports that ‘affordable’ houses are ‘still too expensive’ as the pricing of homes under a new affordable housing scheme launched by Cork City Council are “out of reach for a lot of people”.

The paper also carries an image of Cork’s Meabh Cahalane, Aisling Egan and Amy O’Connor after the Rebels saw off Waterford to book their spot in the All-Ireland Senior Camogie Final. 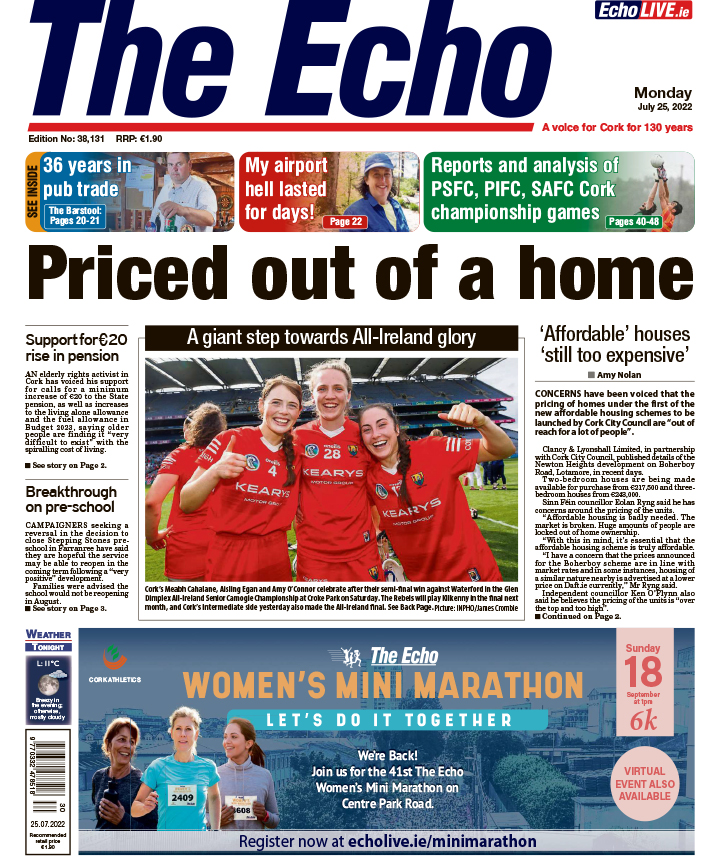 Finally, the Irish Independent leads with an image of Kerry’s David Clifford after the final whistle in Croke Park.

The paper also reports a higher rate of social welfare pay for those who have recently lost their jobs is among the measures being considered for Budget 2023.

Here is the front page of today’s Irish Independent.

To read today’s ePaper subscribe to https://t.co/SE3D6nPhhz for just 46c per day at https://t.co/2md9eR12PE pic.twitter.com/2QMXs1boKK

In Britain, the Tory leadership contest and the state of the NHS lead the national newspapers.

Metro, The Guardian and the Daily Mirror all lead on a report into an NHS staffing “crisis”.

NHS IS ON ITS KNEES

🔴 Worst workforce crisis in its history
🔴 Patient’s safety is being put at risk
🔴 And no strategy to solve the chaos pic.twitter.com/d7nXCqF4Rw

The Daily Telegraph, the Daily Express and the i focus on the Tory leadership contest, which the latter says has turned “toxic”.

The Independent reports thousands may be wrongly asked to pay back pandemic universal credit payments.

The British and French governments will take board roles in a new satellite operator, according to the Financial Times.

Reality television star Lauren Goodger speaks about the loss of her baby daughter on the front page of The Sun.

On tomorrow’s front page: ‘I need to understand how my beautiful baby daughter died for my own sanity’, says heartbroken Lauren Goodgerhttps://t.co/8Vg3dzZBoH pic.twitter.com/yuYHwT8RIK

And the Daily Star reports on the UK’s rolling heatwaves.