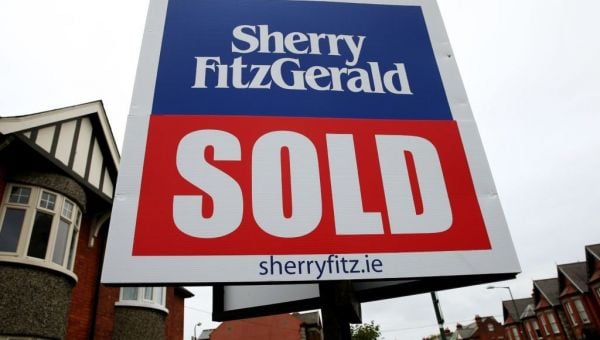 The average mortgage drawdown for a first-time buyer has hit €263,312, the highest level since the Banking & Payments Federation Ireland (BPFI) began tracking the figure almost two decades ago.

The BPFI today published its mortgage drawdowns report for the second quarter of 2022, finding a total of 11,985 new mortgages to the value of €3.134 million were drawn down by borrowers during the period.

This represents an increase of 24.5 per cent in volume and 40.6 per cent in value on the corresponding second quarter of 2021.

First-time buyers remain the single largest segment by volume (50 per cent) and by value (50.4 per cent), the BPFI reported.

The average mortgage drawdown for this segment rose by 13 per cent year-on-year to €263,312, the highest level since the data series began in 2003.

The BPFI also published the latest figures from its mortgage approvals report for June, citing switching as the “key driver” in mortgage market growth.

“Switching is emerging as the key driver in mortgage market growth, with approval volumes up by 153 per cent year-on-year in June 2022 to 1,789,” the BPFI said.

“On an annualised basis, the number of re-mortgage/switching loans more than doubled between June 2018 and June 2022 to 9,824.

“Boosted by increased switching activity, the number of mortgage approvals in the 12 months ending June 2022 reached 55,467, the highest level recorded since the data series began in 2011.”

Trevor Grant, chairperson of the Association of Irish Mortgage Advisors, said many potential mortgage holders are “more concerned by the need to find a home, than by the cost-of-living inflation or mortgage interest rate rises.”

“The volume of applications from first-time buyers continues to grow month on month,” he said.

“One of the biggest drivers of activity in the mortgage market is the increase in the number of those looking to switch, mainly looking to lock into a low rate/flexible fixed rate products.

“Whilst the majority of these customers are on variable rates, a growing number are on existing fixed rates, many of whom have been pleasantly surprised to discover that the exit penalty on the existing fixed rate is very low, or zero in many cases.

“While there may be some merit in certain homeowners moving from a tracker to a fixed rate (depending on their margin over the European Central Bank), we would caution those mortgage holders that this advice cannot be applied to everyone on a tracker rate.

“Impartial market-based professional mortgage advice is required to ensure that such a move is in the best interest of the homeowner and that they understand the implications.”