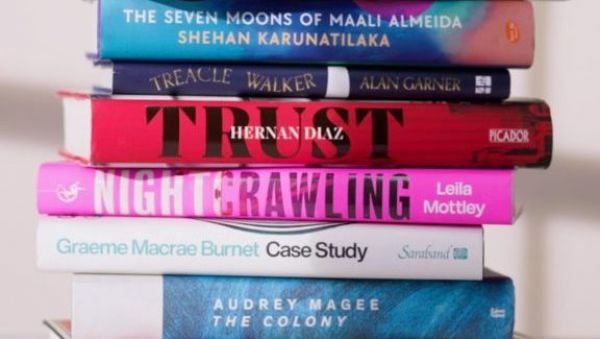 The Booker Prize 2022 longlist features two Irish writers and the oldest and youngest authors ever to be nominated for the prestigious literary award.

British author Alan Garner, who will celebrate his 88th birthday on the night of the winners ceremony, is the award’s oldest nominee after his book Treacle Walker was longlisted.

Meanwhile, American writer and debut novelist Leila Mottley (20) features as the youngest with her book Nightcrawling.

Wicklow author Claire Keegan features on the list for Small Things Like These, the shortest book recognised in the prize’s history at 116 pages.

Irish novelist Audrey Magee is longlisted for The Colony.

Two debut novelists on the list include British author Maddie Mortimer for Maps Of Our Spectacular Bodies and Selby Wynn Schwartz for After Sappho.

The group make up the 13-strong “Bookers dozen” longlist chosen from 169 novels published in the UK or Ireland – any works written in English by writers of any nationality are eligible for the prize.

American Elizabeth Strout, who has been longlisted for the prize before, has been recognised for her book Oh William!

This year’s longlist was chosen by the judging panel chaired by cultural historian, writer and broadcaster Neil MacGregor.

He said: “The list that we have selected offers story, fable and parable, fantasy, mystery, meditation and thriller.

“The task of whittling 169 down to 13 has been as enjoyable as it has been arduous.

“These are 13 books, challenging, stimulating, surprising, nourishing, that we recommend for close and enjoyable reading.”

Gaby Wood, director of the Booker Prize Foundation, said: “The 2022 Booker judges come from very different corners of the reading world, yet from the moment they met they have revelled in each other’s opinions and delighted in each other’s company.

“The result is a set of books that are sometimes serious but never sombre, whose authors engage you with their wit, even as you absorb their dramatic, painful or provocative subject matter.

“It’s in this playfulness, of form or tone, that this year’s fiction is at its best.”

The six shortlisted nominees for the Booker Prize 2022 will be announced on September 6th at a ceremony at London’s Serpentine Pavilion.

The 2021 Booker Prize for Fiction was won by Damon Galgut with The Promise.