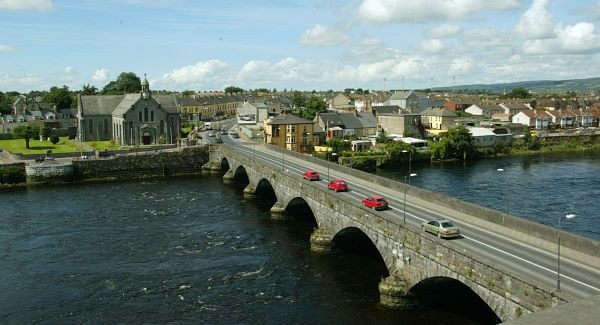 A court is expected to hear details on Wednesday of the circumstances that led to two men drowning as they carried out work on Thomond Bridge in Limerick city six years ago.

Father-of-two Tim TJ O’Herlihy (36), from Castleisland, Co Kerry, and Bryan Whelan (29), from O’Briensbridge, Co Clare, died after they became trapped in a steel platform in the river Shannon, on August 29th, 2015.

The men were working from within the platform that was suspended over the side of Thomond Bridge, held by a wire attached to a winch-crane.

The men were both wearing life-jackets and harnessed into the platform when it suddenly plunged into the river.

The men were unable to escape and drowned.

A third worker who was on the platform when it netted the river, Paul Murphy, managed to escape the wreckage underwater and was rescued after members of Limerick Marine Search and Rescue and Limerick City and County Fire Service responded to the incident.

Last March representatives of both companies pleaded guilty to charges that led to the two men’s deaths after the companies breached the Health, Welfare and Safety at Work Act, 1989 and 2005.

Details of the moments prior to and after the fatal incident are expected to be heard at a sentencing hearing at Limerick Circuit Court, Wednesday.

Luke Carbery, representing Palfinger, pleaded guilty, that Palfinger failed to take steps that were necessary to ensure that Nationwide Crane Hire Ltd was provided with adequate information about the use for which the crane and winch had been designed or tested.

The charge states that Palfinger failed to properly inform the crane-hire company about the winch crane’s safety protocols, and a functional test of the crane’s safety overload protection systems.

Nationwide Crane Hire Ltd, represented by Brendan Rainsford, pleaded guilty to a charge that on August 29th, 2015, at Thomond Bridge, Limerick, it, being an employer, failed to ensure as reasonably practicable, that the workers were not exposed to risks to their safety, health and welfare, and that the crane, which was mounted on a lorry to lift the workers in a man-basket over the river, was in a safe condition, and “as a consequence TJ O’Herlihy and Bryan Whelan suffered personal injury and died”.

Prosecuting senior counsel Shane Costelloe described it as a “tragic incident where two men lost their lives and a third was swept out along the river Shannon to the ocean before being rescued”.

Mr Costelloe indicated that the sentencing hearing would take a number of hours, and that the State would be producing the crane as an exhibit.

Judge Tom O’Donnell said he would “inspect the crane” at the Limerick criminal courts complex before he passes sentence.