Girl (2) who died in paddling pool accident described as ‘angel’ 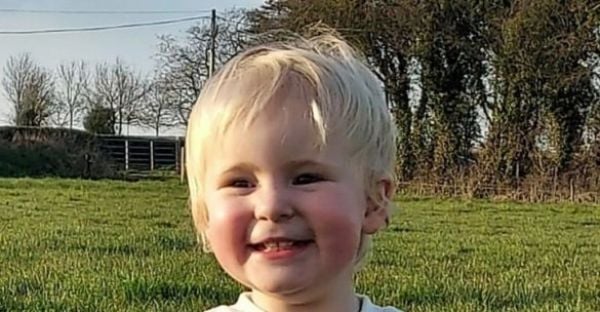 The parents of a little girl who died in a tragic paddling pool accident have called their daughter “an angel” in heaven.

Two-year-old Hannah Kealy, from Cremorgan, Timahoe, Co Laois was playing in the pool when the accident occurred close to her home on Wednesday morning last.

Emergency services rushed to the scene and Hannah was taken by ambulance to Portlaoise General Hospital, from there to Crumlin’s Children’s Hospital and then on to Temple Street Children’s University Hospital in Dublin where medical teams strived to keep her alive.

However, little Hannah passed away four days later on Sunday surrounded by her parents Marie and Denis and sister Ella.

Tributes were paid to the family at a recent meeting of Laois County Council.

Her funeral details are yet to be announced.

It is the second time in just a few years that the family suffered a devastating tragedy when a close relative died in an accident in Cork.

Fr Ian Doyle from nearby Castlecomer, Co Kilkenny said: Marie, Denis and Ella, grandparents and all the Cahill and Kealy families, be assured of prayers for you all at this unspeakable tragedy in your lives.

“Hannah’s death – at such a young age – leaves all within our communities deeply saddened, and so much more for you as parents and family. Be assured of our prayers and support for you all. (Castlecomer & Clogh Parishes). Too dearly loved to be forgotten”.

Gardaí attended the scene of the accident and a file is being prepared for the Coroner’s Court.