House hunters have 9% less spending power than a year ago, analysis finds 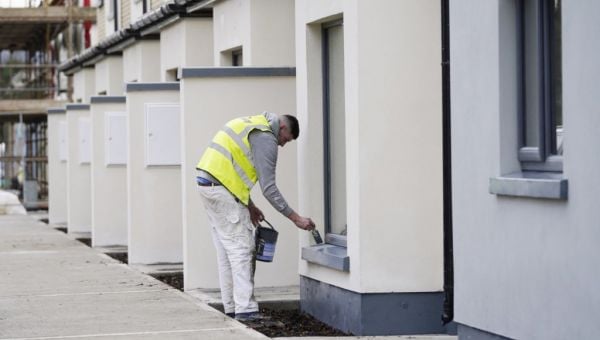 House hunters have nine per cent less spending power than a year ago, according to a new analysis by daftmortgages.ie.

The property website found house hunters now have €304,000 on average to spend on a home, amounting to €27,000 less in spending power than one year earlier.

It comes as a typical mortgage seeker has €11,000 – 15 per cent – less in savings to put towards a deposit than those in the same position a year ago.

The findings come from analysis of more than 170,000 people who submitted their buying plans in preparation for a mortgage on daftmortgages.ie, and are based on quarter two of this year versus the same period in 2021. Asking property prices increased by €30,000 or 9.5 per cent during this period.

Among those particularly feeling the pinch are first-time buyer couples, according to the analysis, with these mortgage seekers having €15,000 (23 per cent) less in savings than equivalent buyers a year ago.

As a result, they plan to borrow six per cent more on their mortgages to make up the difference – meaning a €59 increase in their monthly mortgage repayments, making them rise to €931 per month.

This will see first-time buyer couples will spend an extra €708 on their mortgage repayments each year.

Meanwhile, single first-time buyers have €10,500 (19 per cent) less in savings for a deposit than this time last year, and have had to reduce their expectations for the amount they will spend on a home by seven per cent to €215,000.

Similarly, movers have also reduced the amount they plan to spend on their next home by five per cent.

“It could be argued that the 15 per cent reduced saving and therefore nine per cent reduced spending power for these house hunters may be a result of spending bouncing back as the Covid-19 pandemic restrictions lifted or could also be due to these customers feeling the pinch due to rising cost of living,” said Paul Monahan, general manager at daftmortgages.ie.

How this trend among buyers will affect house prices remains to be seen as this will depend on supply and other factors, the property website added.