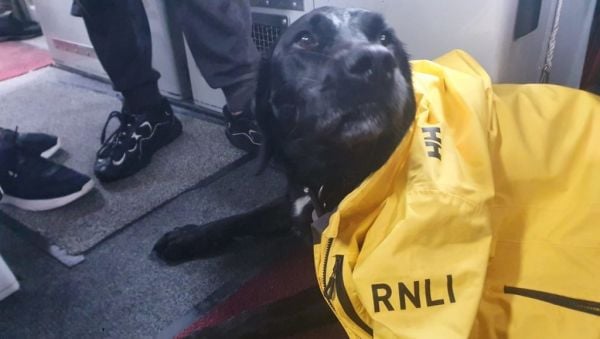 A volunteer lifeboat crew from Howth RNLI launched their all-weather lifeboat to aid a father, son and their dog ‘Billy’ on Sunday, July 24th, after their boat suffered an engine failure.

The lifeboat, with a crew of seven launched at 1.40pm following a request from Dublin Coast Guard to assist the boat which had come across Dublin Bay from Dun Laoghaire and suffered engine failure close to the Baily Lighthouse.

Weather conditions were challenging with fresh southerly winds and having lost power, the boat was being blown towards the cliffs on the south side of Howth head.

The lifeboat reached the vessel within fifteen minutes of launching. Once it was established that all on board the boat were well, Howth RNLI coxswain, Fred Connolly took the decision to take the father, son and their black Labrador ‘Billy’ on board the lifeboat and to tow their boat back to Howth.

Speaking following the incident, Howth RNLI oxswain, Fred Connolly said: ‘The owner of the boat in difficulty did the right thing in calling the Coast Guard for help straight away.

“When the winds are blowing onshore and a boat is broken down, every minute counts. Our volunteer crew responded quickly once the pager went off, and we launched the lifeboat within minutes.

“Once on scene, we cast a line to the boat and pulled them alongside so that the father, son and their dog could be transferred to the safety of the lifeboat. Our crew then established a tow-line, and we were able to tow the boat back to Howth harbour.”

Mr Connolly said this type of call out for the RNLI provides a good time to remind boat owners to have a means of calling for help at all times and said ” so if you do get into difficulty you’re prepared.” 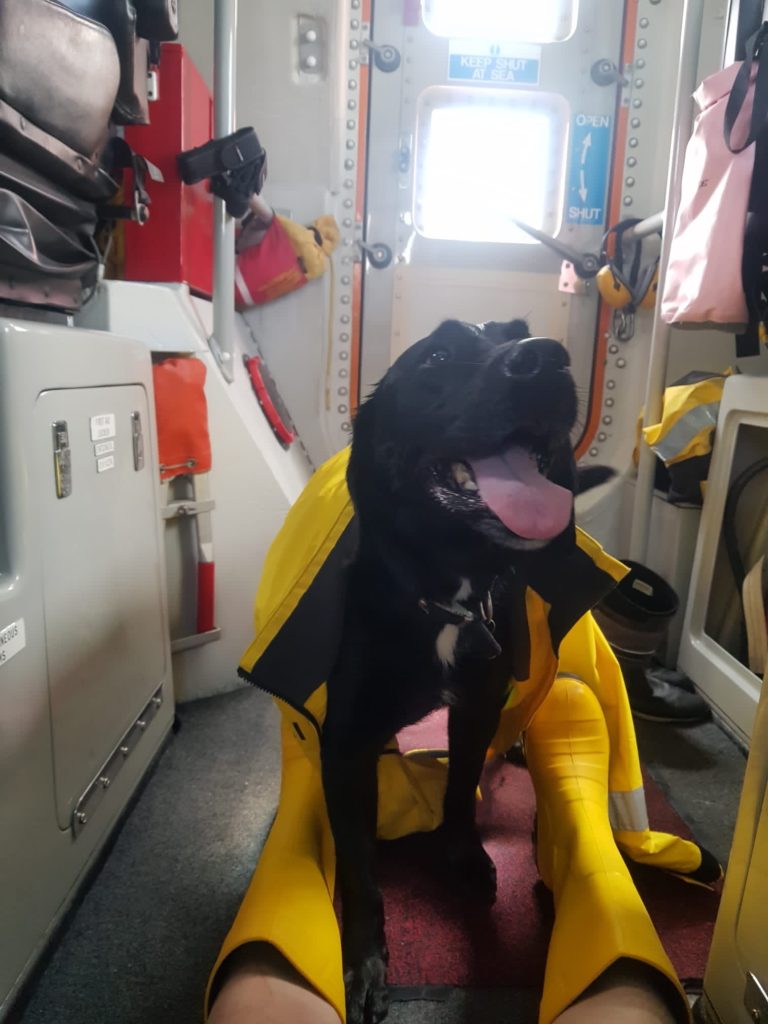