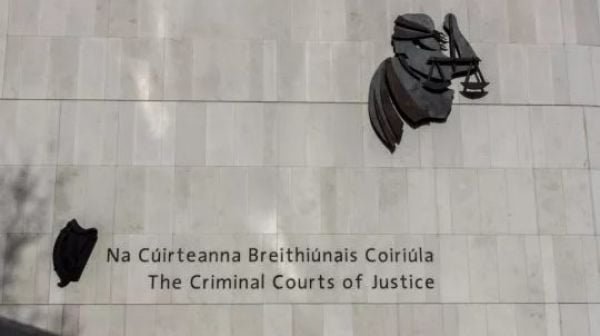 A mother who held her son while he lay dying after his partner’s ex-husband stabbed him has told the Central Criminal Court she is “haunted” by his death and by his last words: “He stabbed me, ma. He stabbed me.”

Catherine Martin said the murder of her son, Eoin Boylan (32), has “shattered my heart”, leaving her struggling every day with the “heavy weight of despair”.

She said: “Simple tasks like peeling potatoes remind me I will never make dinner for him again. Setting the table, I’m reminded there is no place to set for Eoin.

“He is not there to accompany me to the shops and will never again call a taxi for me and then check that I got home all right. Every time I put the key in the front door I am reminded I will not hear him say, how are you ma? How’s your day?”

Ms Martin’s statement was read out by her brother Michael Martin on Tuesday at a sentencing hearing for Nassar Ahmed (41), who was convicted last month by a unanimous jury verdict of the murder of Mr Boylan at Gordon Drive, Cloughleigh, Ennis, Co Clare on April 14th, 2020.

Ahmed, of The Mews, Kilrush Road, Ennis, denied the murder and claimed he was acting in self-defence. CCTV footage showed him lunging towards Mr Boylan with a knife, stabbing him three times, as the deceased tried to back away.

The jury took just two hours to convict. The prosecution described the murder as a “sneak attack” after Ahmed had invited Mr Boylan for a fist fight while concealing a knife in his pocket.

In separate statements, Mr Boylan’s sisters Claire and Aoife described their brother as a father figure to their children and as a kind, generous, funny and loving man who was in turn loved by his family.

His partner at the time of his death, Susan O’Doherty, said he was “never in a bad mood, he was always jolly and laughing and made sure everyone around him was happy.” She said she finds it difficult to put into words the impact his death has had on her and her children.

In a statement released to the media, Mr Boylan’s family said that they continue to “deeply mourn his loss”.

They added: “Today brings closure to a difficult process that sees justice being done… It will not bring Eoin back but at least we can now get on with the rest of our lives, preparing ourselves for a lesser life to be lived without him.”

Detective Sergeant Ciaran Crowley told Lorcan Staines SC, for the prosecution, that Ahmed came from Sudan to Ireland in the 2000s and settled in Ennis.

He met Susan O’Doherty and they married in 2007 and had three children. By November 2018 the marriage had broken down and they were no longer living together. She started seeing Mr Boylan, an old school friend, in 2019 and he moved into her house.

It was during the first coronavirus lock-down that Ahmed arranged to visit but an argument broke out when Ms O’Doherty told him he was not allowed to enter the house due to the risk of spreading the virus.

There was “shouting and arguing”, Det Sgt Crowley said, and Mr Boylan went outside to remonstrate with Ahmed. There was a fight and Ahmed used a knife to stab Mr Boylan three times. He bled to death at the scene.

Ahmed has six previous convictions, one for possession of drugs and five for road traffic matters, the detective said.