Man who sexually assaulted his half-sister is jailed 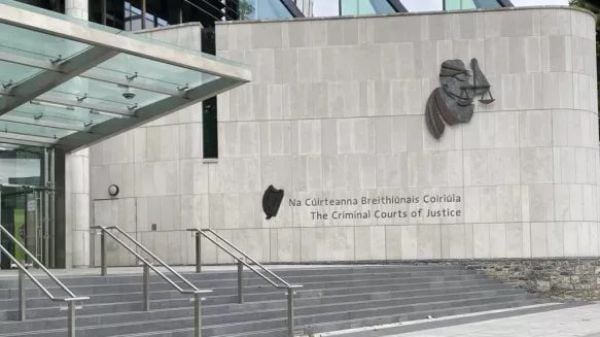 A man who sexually assaulted his half-sister when she was 13 years old has been jailed for two and half years.

The court heard that following the attack the girl pushed her bed up against her bedroom door so that he would not get back in.

The woman described how she told her then 18 or 19-year-old half-brother that she was going to “tell mammy or the guards” and had cried all night following the assault until her eyes were raw.

The 40-year-old accused man, who cannot be named to protect his sister’s identity, pleaded guilty at the Central Criminal Court to the sexual assault at the victim’s family home on a date in 2001.

A local garda told Bernard Condon SC, prosecuting, at a sentence hearing earlier this month, that the accused man, aged about 18 or 19, was visiting his mother’s home with his girlfriend. The victim described being awoken during the night by the weight of the accused man on top of her as he moved up and down on top of her.

She said she was crying and the man told her to shut up, he put his hand over her mouth and she was unable to make noise or breath. He heard a noise during the assault and jumped up, fearing he was going to be caught.

She told him she was going to “tell mammy or the guards.” When he left and she could hear him snoring she pushed her bed up against the door determined he would not get back in. She made a complaint to the gardaí in 2018.

The accused man, who has a number of previous convictions for public order offences, was arrested and made some general admissions during garda interview.

In her victim impact statement, the woman outlined the effect the assault has had on her life.

“I hope he understands he ruined my life and I am still repairing the damage,” she wrote. She said she was happy the case was over and she can finally move on with her life.

“I deserve justice,” she told the court.

Paul Greene SC, defending, said the accused man is happy that the woman feels a sense of closure.

He outlined a psychologist report highlighting his client came from a highly dysfunctional and unhealthy extended family background. He said the accused now leads an unremarkable life and keeps away from the risk of further offending.

He said the man has apologised in the past and has an attitude of self-disgust to the charge.

Mr Greene said the report recommended he attend at a sex offenders’ program and the man was keen to get involved in that process. He asked the court to take into account his remorse and guilty plea.

Mr Justice Kerida Naidoo sentenced the man to three and half years in prison and suspended the final year of that term on strict conditions.

He said he was taking into account a psychological report before the court which supported submissions by the defence that the man’s background and upbringing were dysfunctional, that he had been subjected to ongoing physical abuse and there was “a cycle of abuse going back generations” in the household.

The judge acknowledged evidence that many professionals had raised concerns for the accused when he was younger and that his parents were “emotionally absent”.

He said that the victim was subjected to the abuse at a time in her life when she should have been enjoying the happy years towards the end of childhood before adolescence, but this was “poisoned” by the actions of her half-brother.

He noted from her victim impact report that she is “still repairing the damage he caused to her”.

Mr Justice Naidoo said the sentence he imposed relates only to the offence the accused had pleaded guilty to and said while he acknowledges the difficulties the accused had experienced through his life, “the court’s sympathy is entirely with the victim”.

He said he hoped the conclusion of the case could allow her to “begin a process of healing”.