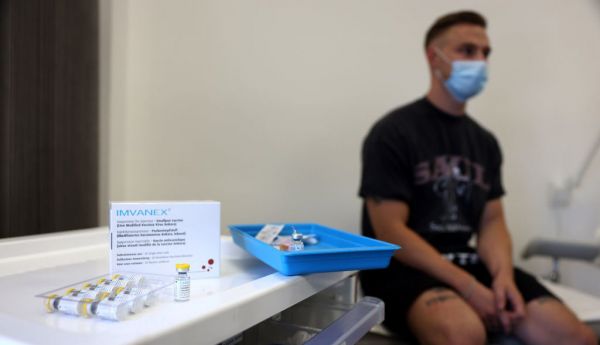 The use of the smallpox vaccine is set to be extended for people who are at high risk of monkeypox infection in Ireland, the Minister for Health has confirmed.

Stephen Donnelly said the move represented an “important step” in the ongoing response to the monkeypox outbreak.

He added it would be offered to gay and bisexual men and other men who have sex with men and other people at high risk of unprotected exposure.

It follows recommendations made last week by the National Immunisation Advisory Committee (Niac) to the interim chief medical officer (CMO) who endorsed them.

Niac advised that two doses of smallpox vaccine should be administered 28 days apart to as many high risk individuals as soon as practicable.

Mr Donnelly said: “Monkeypox is usually a self-limiting illness, and most people recover within a few weeks, however, the rapid spread of infection necessitates further measures beyond those currently in place.

“The evidence suggests this approach to targeted pre-exposure prophylaxis may be highly efficient in controlling further spread of the disease.”

Pre-exposure prophylaxis (or PrEP) is medicine that is taken to prevent contracting a disease.

Interim CMO Professor Breda Smyth said: “These recommendations reflect a strengthening of measures to control disease transmission and ensures that our response to this evolving situation is informed by the best available evidence.

“I strongly encourage those with symptoms of infection to seek medical advice and follow the public health guidance.”

The first confirmed case of monkeypox was identified in Ireland at the end of May.

Since then there has been a total of 69 confirmed cases of the virus, as of July 22nd.

On Saturday the World Health Organisation declared the monkeypox outbreak in more than 70 countries as a global emergency.

Monkeypox is related to smallpox and cases are usually found in west and central Africa, with the virus not often spreading elsewhere.

The disease, which was first discovered in monkeys, is usually mild but can cause severe illness in some cases.