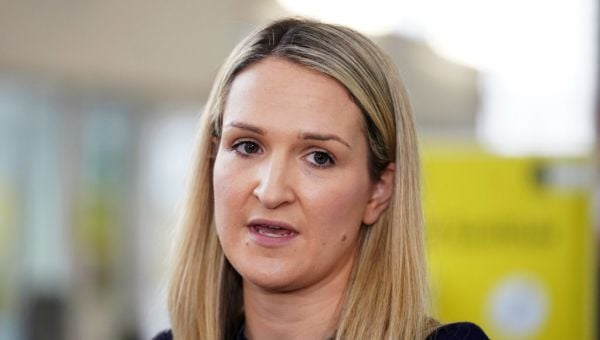 Ministers are due to sign off on a bill to change the law on consent, knowledge, and belief in rape cases.

As the Irish Examiner reports, Minister for Justice Helen McEntee is bringing forward proposals that will alter the current situation where an accused is not guilty of rape if he honestly believed that he had the consent of the complainant.

This defence will now have to be found to be “objectively reasonable”, meaning juries will have to have regard to the steps the accused took to check whether the complainant was consenting, as well as the accused’s decision-making capacity at that time.

In assessing an accused person’s capacity, juries will be asked to consider any physical, mental, or intellectual disability of the accused, any mental illness, as well as the age and maturity of the person on trial.

The bill will also include the provision that self-induced intoxication will not be a defence to a charge of rape in relation to an accused’s capacity to understand if they had consent or not.

In addition, the bill will also provide for anonymity for victims and the accused in all trials for sexual offences — and not just in rape trials, which was a recommendation of the O’Malley Review of Protections for Vulnerable Witnesses in the Investigation and Prosecution of Sexual Offences.

Meanwhile, Minister for Health Stephen Donnelly will seek Cabinet approval for legislation to introduce ‘Safe Access Zones’ outside GP practices, hospitals, and other facilities that can provide abortion services.

It is understood that the Department of Health will engage directly with the DPP, the Irish Human Rights and Equality Commission, and the Irish Council for Civil Liberties, seeking any observations they may have on the General Scheme, which will be considered in the drafting of a final bill.

There have been protests outside some maternity hospitals and a recent study reported that one-in-seven women who accessed, or tried to access, a termination of pregnancy had encountered anti-abortion activity.

The legislation proposes a 100m Safe Access Zone around healthcare facilities that can provide a termination of pregnancy, and not just those that currently do.

The planned changes have been welcomed by the chief executive of Women’s Aid, Sarah Benson.

Speaking to RTÉ Radio’s Morning Ireland, Ms Benson said: “Anything that can redress the balance, that can make the victims’ experience in this journey more balanced, is something to be welcomed.”

The chief executive of the Dublin Rape Crisis Centre echoed Ms Benson, adding the plans would address “an oddity” in the current laws in relation to rape.

“I believe that it is going to be put into the law, if the defendant says, ‘I really believed the other person was consenting’, that they are going to have to say, and ‘here is how I checked that they were consenting’,” Ms Blackwell explained.