Calls for those eligible for Covid boosters to come forward 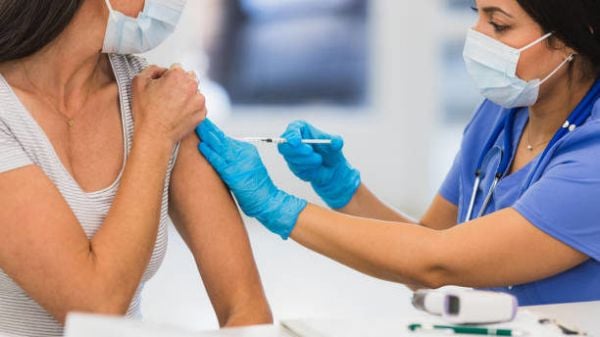 The Director of the National Immunisation Office, Dr Lucy Jessop has repeated a call for the public to avail of the vaccines and booster for which they are eligible.

Dr Lucy Jessop told RTÉ radio’s Morning Ireland that boosters were not designed to prevent infection, but they were effective at preventing people from becoming seriously ill, to require hospitalisation or die.

The Irish population, in general, had been “very engaged” with the vaccination programme, but there were still people who were eligible for the vaccine or the booster who had not come forward, she said.

Niac has now recommended a second booster to people aged 50 to 64 and people in the 12-49 age group who have underlying medical conditions or are residents of long term care facilities.

A third booster has been recommended for people over the age of 65.

Details of how the vaccinations can be accessed will be announced shortly, she added.