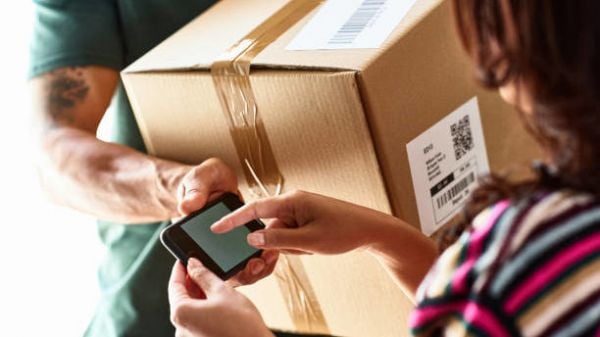 A former courier, who lost his job due to his cocaine habit, later used his courier credentials and uniform to trick mobile phone shops into handing over mobile phones for delivery, a court has heard.

He would tell staff he was there to collect phones which were booked in for repair. He stole over €5,000 worth of mobile phones which he told gardaí he sold on immediately in order to pay a drug debt.

On July 3rd, 2019, Rock walked into the Carphone Warehouse outlet on Henry Street, Dublin 1 and staff handed over a courier bag of eight phones with a total commercial value of €2,789.

A week later, on January 13th, Rock travelled to Dundrum Shopping Centre and walked into the Carphone Warehouse shop. Staff became suspicious because a courier had already come to the shop earlier that day.

The member of staff told Rock that it was unusual to have a second pickup and he told her “we are just doing the rounds again”.

She told him she had to check it out and her manager told her he suspected the man was impersonating a Nightline courier. She rang gardaí but Rock had left the shop.

An investigation led to a search on Rock’s home where gardaí found the old Nightline uniform and a box of documents marked “to be shredded”. These documents were identified as having been in one of the courier bags picked up previously by Rock.

Rock, of Beresford Street, Smithfield, Dublin, pleaded guilty to four charges of theft from a number of mobile phone shops on dates from July 2019 to January 2020. He has no other criminal record.

Garda Finbarr Thompson told Caroline Letham BL, prosecuting, that Rock began working for Nightline in 2018 and was employed as a delivery driver.

He agreed with defending counsel Sharon Rossiter BL that Rock was co-operative with gardaí and made full admissions.

He said there were no trappings of wealth seen at the house, adding that Rock would not have received the full commercial value when he sold on the stolen handsets.

Ms Rossiter told the court her client was a working man who suffered a number of personal tragedies in 2019 and turned to alcohol and drugs to cope.

She said as a result of his increasing cocaine use he lost his job in Nightline and ended up amassing a drug debt. She said he was in great fear and turned to crime.

Judge Elma Sheahan said she had taken into consideration the fact that this was the first offence for a man in his 40s.

She suspended a prison term of two and a half years on condition that he keep the peace and be of good behaviour for that period and that he pays a sum of €5,000 over to Garda Thompson.