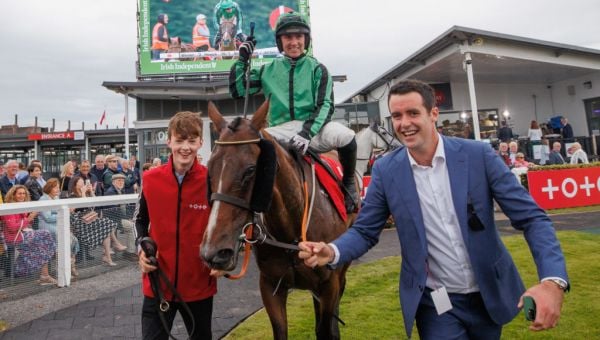 John ‘Shark’ Hanlon was celebrating at Galway on Wednesday evening when Hewick survived dramatic late interference from a loose horse to hold on and land the feature Tote Galway Plate.

In an incident-packed renewal of the week’s big chasing contest, the Jordan Gainford-ridden winner was always close to the pace in the two-mile-six-furlong event.

As the race began to develop, the seven-year-old was left in front and travelling smoothly following the fall of long-time leader Fire Attack and having fended off the challenge of 9-2 favourite El Barra and the in-form Ash Tree Meadow when kicking on off the home bend, victory looked a formality for the 16-1 winner. 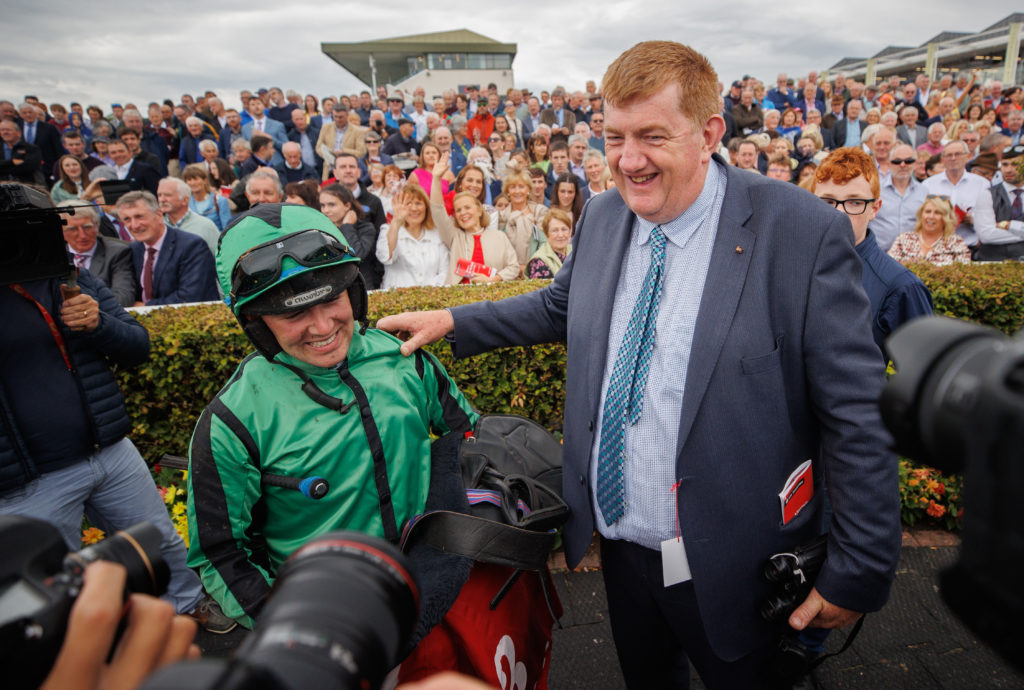 However, the duo soon met with trouble, as although clear of the chasing pack, the rider-less Exelerator Express, who had fallen earlier in the contest, was carrying them to the far rail and threatening to crash the party in the worst way possible.

Meanwhile, Darasso was flying home in splendid isolation on the stands side, but Gainford kept his cool and ensured Hewick won the battle with his jockey-less rival to hold on by half a length.

The victory brought up back-to-back victories over fences for Hewick, who was a winner of Sandown’s bet365 Gold Cup Handicap Chase in the spring and it advertised his tremendous versatility to drop back in trip almost a mile to land the €159,300 first prize.

Hanlon said: “He is a great horse, is very easy to train and it is great for the team at home as he is our star.

“Our game has gone very tough with the price of feed and everything, and we are a small yard. It is getting harder every day and to win this is unreal. 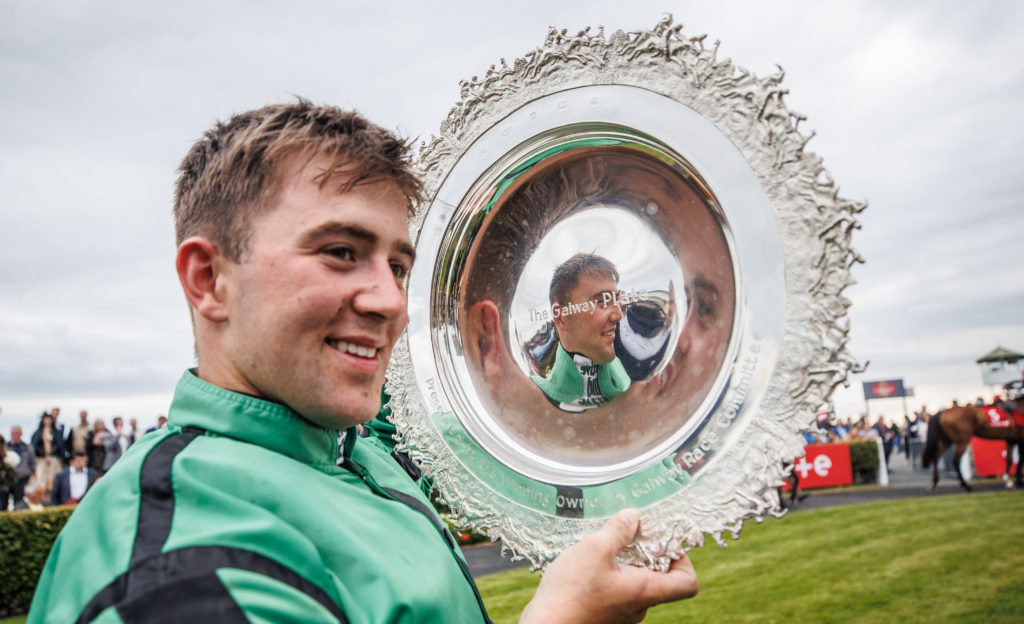 Jordan Gainford who won the race on Hewick celebrates with the Galway Plate. Photo: INPHO/James Crombie

“My mother and father haven’t been racing for three years, I am coming here all my life so it is great for everyone. This and the Kerry National, I have both won and we’ll head back to Kerry with him now.

“He came from the sales in Goresbridge for €800. I met this horse coming in the back gate with a lovely walk and Paddy Mullins had said to me years ago ‘if a horse can’t walk, he can’t run’. I went there to buy another horse and live only five minutes from the sales company so went home for grub, but was thinking about him and went back down and bought him.

“It has been a dream since there as he was unlucky to fall in his point to points, and otherwise would have been sold.”

He added of the winning rider: “He gave him a great ride, knew the horse and fair do’s to Gordon (Elliott) who allowed me use the chap – he could have told him to ride one of his but said ‘your horse has a chance’ so allowed me use him. He was the first man to shake my hand coming back in.”