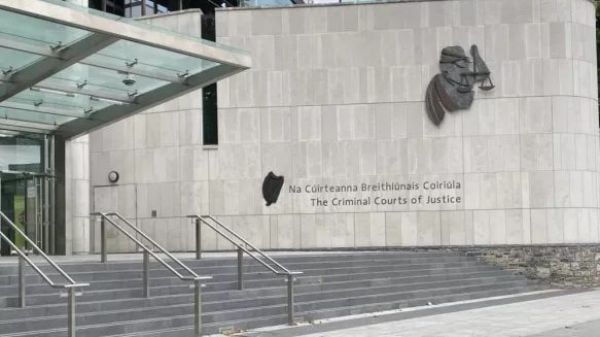 A man who claims he agreed to carry a loaded semi-automatic pistol to pay off a drug debt has been jailed for six and half years.

The gun had three rounds of ammunition in the magazine and one round in the breach, Garda Sean Kelly told John Moher BL, prosecuting.

O’Connor had been followed by gardaí after he and another man had abandoned a vehicle on the N2 heading towards Finglas. They were chased down the North Road in Finglas and were seen removing their tops before gardaí managed to stop them.

O’Connor had been carrying a Tesco shopping bag and two jackets, two pairs of gloves, two face masks and the gun were found in it. He was arrested and questioned and claimed he had the gun because he was “in fear of my life”.

Gda Kelly agreed with Michael O’Higgins SC, defending, that his client had a long-standing drug addiction.

He accepted that O’Connor told gardaí that he had agreed to move the gun in order to pay off a drug debt but he said he was not able to confirm or deny if there was any truth to this claim.

Judge Martin Nolan said that O’Connor must have known that the reason he was carrying the gun was “to bring it to third parties to shoot someone or injure someone” and as such he was highly culpable.

He set a headline sentence of nine years before he took into account O’Connor’s plea of guilty, co-operation with the Garda investigation and his “ambition to reform and change his life-style”. He jailed him for six and half years.