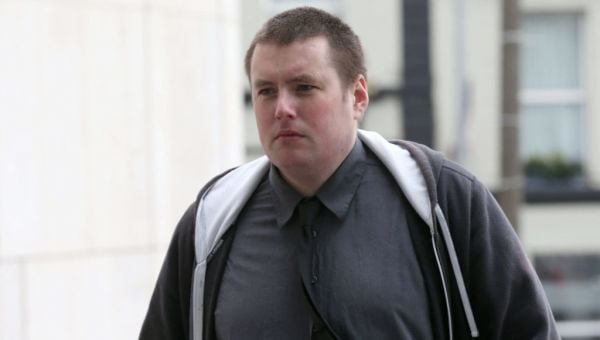 A violent criminal has lost an appeal against his conviction for murdering 17-year-old Daniel McAnaspie, whose body was found in a farm drainage ditch three months after he was stabbed to death.

The appeal brings to an end a 12-year saga since Daniel, who was an orphan and was in the care of the HSE, went missing in February 2010.

Richard Dekker first went on trial accused of Daniel’s murder in 2013 but was acquitted by direction of the trial judge who said there was a lack of evidence.

Dekker then made legal history when the Supreme Court ruled that under the Criminal Justice Procedure Act 2010 he could face a second trial for the same murder.

In 2017, a jury at the Central Criminal Court returned a unanimous verdict convicting Dekker (35), formerly of Whitestown Avenue, Dublin but now a prisoner in Mountjoy Prison, of murdering Daniel.

The jury heard that after Dekker stabbed Mr McAnaspie to death in Tolka Valley Park, Blanchardstown on February 26th, 2010, Daniel’s body was put in a suitcase and dumped in a drain about 30km away where it was found by a farmer three months later.

Dekker appealed his conviction with his lawyers arguing that the jury at his trial should not have heard answers he gave to gardaí during his final interview at Cabra Garda station.

Mr Justice George Birmingham, delivering the ruling of the three-judge court on Wednesday, said the manner in which gardaí conducted the final interview “left much to be desired”. However, he found Dekker’s “self-serving” answers to the questions posed by gardaí were admissible.

During the final interview, which took place at about 5am, gardaí told Dekker they were invoking special provisions whereby adverse inferences could be drawn against him if he refused to answer certain questions.

Gardaí told him his “credibility will be shot” if he maintained his right to silence. When Dekker asked to speak to his solicitor, gardaí told him they had tried calling but due to the early hour there was no answer.

They added: “We are still going to do this. We are entitled.”

Mr Justice Birmingham noted that until that final interview Dekker had refused to answer the majority of the questions, other than to occasionally deny any knowledge of what happened to Daniel.

After the warning from gardaí he accepted he was there when Daniel was murdered but blamed Trevor Noone, who was also being questioned by gardaí at the time.

Noone later pleaded guilty to manslaughter in relation to Daniel’s death and his plea was accepted.

Dekker’s lawyers argued gardaí had breached his right to legal representation, adding that the answers he gave should not have been admitted in trial.

However, Mr Justice Birmingham said the real reason Dekker decided to start answering garda questions was not the inference provisions but rather that gardaí began the interview by reading Noone’s statement in which he placed the entire blame for Daniel’s death on Dekker.

Mr Justice Birmingham said: “It seems his decision was prompted by a desire to put his version out there.”

The judge said that although Dekker’s statement was ultimately used by the prosecution to help convict him, from Dekker’s perspective at the time he was “coming clean about what had occurred and placing the blame fairly and squarely on the co-suspect”.

Mr Justice Birmingham said the trial judge had not made an error in admitting the interview evidence, rejecting the appeal.

On the night of the incident, Daniel had travelled to Blanchardstown to be with friends but was last seen at about 4am when two of his friends tried to persuade him to come home with them.

Daniel refused to go, opting to stay with Dekker and Noone. They lured Daniel to a secluded area of the park on the pretence that they were going to fight “some lads from Corduff”.

Dekker was carrying one half of a garden shears and used it to stab Daniel repeatedly.

Dekker and Noone became suspects when gardaí discovered Daniel was last seen in their presence. Both blamed each other for Daniel’s death, and both said Daniel was killed using a garden shears.

Trevor Noone (34), with an address in the Blanchardstown area, was present when Daniel was killed and helped to lure him, intending to “give him a few digs”.

At a sentencing hearing for Noone in 2017, Mr Justice Patrick McCarthy noted Noone knew Dekker was carrying the shears and so put his offence at the upper end for manslaughter, sentencing him to 13 years in prison.