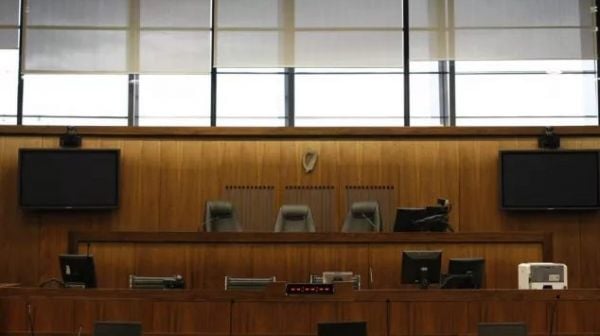 A man has had his conviction quashed for building safety failures after a fire broke out at a Wexford apartment block he owned seven years ago, despite the Court of Appeal rejecting his grounds of appeal.

Returning judgement on Wednesday, Mr Justice Patrick McCarthy said the three-judge court would take the unusual step of rejecting the grounds of appeal but quash the conviction due to its concerns about elements of the trial judge’s charge to the jury.

Leslie Peacock (75) was convicted at Wexford Circuit Criminal Court in January 2015 of “failure to ensure safety in the event of a fire” that broke out at Kennedy Plaza Apartments in North Quay, New Ross, Co Wexford on January 20th, 2012.

He had pleaded not guilty and after a successful appeal, will now face a retrial.

The five-storey building contained 24-apartments spread over three floors and was occupied by 32 residents at the time of the fire, during which the fire alarm did not sound.

Mr Peacock, of Rockland House, Cherry’s Road, New Ross, was found to be in breach of Section 18 of the Fire Services Act, which states that it is the duty of “every person having control over premises” to “ensure, as far as reasonably practicable, the safety of persons on the premises in the event of an outbreak of fire whether such outbreak occurs or not”.

The appellant had told gardaí that all of the electrics had been checked when he purchased the property in 2010 and a new fire-alarm system had been installed which was compliant with regulations.

A caretaker on the property and Mr Peacock were shown how to operate the fire-alarm system by the installer. However, the caretaker told gardaí that the system would trigger every weekend while one resident told gardaí the alarm would go off at the “most minor of incidents”.

The caretaker was to reset the alarm later that day but when he arrived at around 4.20pm, the building was on fire and the alarm was not ringing.

Lawyers for Mr Peacock claimed the trial judge, Judge Alice Doyle, erred by failing to direct a not guilty verdict after an application by the defence.

The application for acquittal by direction was made on a number of grounds, the main one being that there was insufficient evidence that Mr Peacock was either the person “having control” of the premises or that he failed to ensure safety so far as “reasonably practicable”.

Counsel for the appellant claimed that Mr Peacock had “lost control” of the premises when the fire alarm was disabled at the behest of the caretaker on a “frolic of his own”.

On Wednesday, the Court of Appeal rejected the claim that Mr Peacock was not in control.

Mr Justice Patrick McCarthy read the judgement of the court which found that “there was sufficient evidence of control”.

The judge said that Mr Peacock was the owner of the building, that he was in receipt of rent, retained a caretaker and was also responsible for the installation of the alarm.

‘A person in control’

It had been argued that this change could have misled the jury into thinking that proof of ownership was enough to make out the offence.

The argument was rejected by the Court of Appeal because the trial judge “in plain terms explained the nature of the offence and made it clear that the key issue was that of control”.

“Unusually, however, although the court rejects the two grounds of appeal relied upon by the appellant, the court proposes to quash the conviction and order a retrial,” Mr Justice McCarthy said.

“This is because of the court’s concerns about how ingredients of the offence other than control were dealt with in the trial judge’s charge, in particular her direction to the jury that knowledge on the part of the appellant was entirely irrelevant,” the judge added.

Mr Justice McCarthy said that numerous references during legal argument to concepts such as “strict liability, knowledge and the issue of reasonable practicability” caused confusion “on all sides about these matters”.

He said the caretaker never gave evidence in the case and the only direct evidence as to who disabled the alarm was relayed to the court by a garda.

This, the judge said, amounted to hearsay evidence being put before the jury, in a case where the appellant claims no knowledge of the alarm being off.

“In the circumstances, we are concerned that the appellant may have been convicted in circumstances where the jury did not properly understand the ingredients of the offence, or how these might be proved by the prosecution.

“We will therefore quash the conviction for that reason and remit the matter for a retrial,” Mr Justice McCarthy said, adjourning the matter to October 4th.