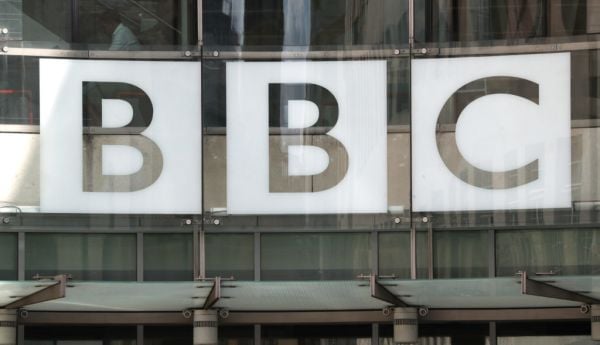 An “obsessive” Dublin youth has been spared jail and was handed a two-year probation supervision order for the sustained online harassment of a BBC journalist.

In February, a deferred six-month detention order was made by Judge Paul Kelly at the Dublin Children’s Court.

The youth, now 18 and an adult, faced sentencing on Wednesday evening. The court has heard he had a range of complicated disorders.

Following submissions from defence counsel Aoife McNickle, Judge Kelly accepted he had discretion and that it was appropriate to extend reporting restrictions on publishing the youth’s identity because the case commenced when he was a minor.

During the hearing, he remarked that there were “stark” contents in a pre-sentence Probation Service report that the youth posed a risk to the community. However, he also accepted that incarceration would not help him.

The teen’s distraught mother re-iterated comments about the help offered so far and being let down by the Health Service Executive.

Describing her son as an “ill child”, she said he was “not in control of his own thoughts” and added that he remains on a “bottomless pit” waiting list for mental health services.

The court heard on Wednesday that the youth has now agreed to take a specific medication recommended which the judge said was progress.

The youth had no further charges pending though concerns were raised about recent, but non-threatening, messages to two young women. One declined to make a statement, and the other woman’s complaint did not amount to harassment.

Judge Kelly noted he could no longer activate the deferred juvenile detention order and imposed a two-year probation bond with conditions.

He warned the teen that he must engage with his probation officer and mental health services, take medication as directed by his treating doctor, continue education and use his free time constructively.

He praised investigating officer Det Garda Ken McGreevy and wished the youth’s “devastated” mother well, adding she had done all she could.

Re-offending or breaking the terms could result in the case being re-opened with the risk of a jail term. However, Judge Kelly added that he sincerely hoped that would not happen.

The court heard the teen stalked the BBC reporter online after developing an “obsessive crush”.

He had been previously cautioned about similar trolling of two RTÉ journalists and had an “unhealthy interest” in women journalists.

Detective Garda McGreevy said the boy, then aged 16, sent a litany of unsolicited and unwanted communications via email, Twitter, Facebook and LinkedIn.

Despite being warned by gardaí not to contact her, he travelled to Belfast and was a few hundred yards from her workplace.

Out of fear, she moved out of her house for five days and was concerned about her movements.

A psychiatric report stated he had no remorse; he was at high risk of re-offending, violence and continued stalking. In addition, it detailed how the boy was a “disabled, isolated, lonely and sometimes an angry young man” and presented “unique challenges”.

He also noted the heartache of the boy’s father, who had told the court he had spent years trying to get specialist help for his son.

Earlier, the court heard the HSE identified an appropriate facility. However, budget issues prevented it from being available.

Ms Moynagh reported the harassment first to the PSNI, but the complaint was not passed on to the Republic, and the journalist later contacted gardaí.

The “high functioning” boy, who wants to be a journalist, had been barred from Twitter 150 times under various aliases.

In December, she gave a moving victim impact statement in court and said she hoped the case would “shine a light” on the dangers of social media and act as a deterrent.

Later, the youth entered another guilty plea to a threat to harm a female RTÉ journalist which happened last November. That resulted in another one-year probation bond.

He made the threat to a Garda and two other people at a youth justice project. He confessed that he once hid in bushes on the grounds of RTÉ in Dublin, watching her drive out of a car park.

Detective Garda Michael McCallion said the boy claimed he wanted to disfigure her and admitted he wanted her “off the air”.

Concerns were raised beforehand that the boy also sent unwanted messages to a female student in Galway.

The court was told that he also caused a person to lose their job after he made a baseless allegation.

The teen had a breakdown and was hospitalised for two months after similar harassment of two other journalists in RTÉ, which did not result in court prosecutions.