Parents ‘want the truth’ over lead-up to crash that killed 18-year-old, inquest told 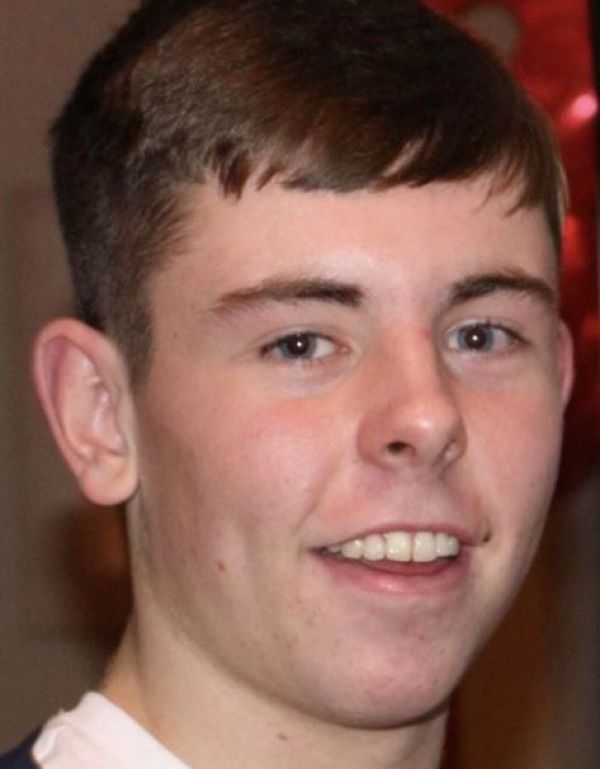 An 18-year-old Leaving Cert student died in a car crash in Cratloe in southeast Clare less than one hour after kissing his mother on the cheek goodnight and telling her that he loved her.

At the Co Clare inquest into the death of John Daly, John’s mother Linda Daly said there remains unanswered questions around the lead-up to his death.

John died 150 metres from his home when his father’s car, which he was driving, burst into flames after it crashed at a level crossing at around 2.55am on the morning of St Patrick’s Day 2020.

John had attended a party at a friend’s house earlier that evening and got a lift home with a friend’s father.

In her deposition, Mrs Daly said: “Around 2am John came into my room to let me know that he was home and gave me a kiss goodnight and told me he loved me.”

However, within an hour, Mrs Daly was woken by her husband Sean screaming for John after he discovered that John was not in his bed and there was a car in flames out on the road.

Mrs Daly told the inquest: “All we want is the truth – those 45 minutes from when John [was] kissing me to when my son was inside in an inferno – that is all we want.”

The Dalys want to know why John left his bedroom to go back out in his father’s car, if he did receive a call to go back out, and who made that phone call.

The inquest was told that John had six or seven bottles of Heineken across the evening until after midnight and was over the drink-driving limit for L plate drivers when involved in the single-vehicle crash.

He added: “We are not putting blame on anyone but it would have been nice for people to come to just talk and the fact that that didn’t happen sends out red flags.

“It is beyond me that people couldn’t come to us and tell us what happened to alleviate our suffering more than anything else and to this day it hasn’t happened – I can’t make it out.”

In his deposition, Mr Daly told of his panic at not finding John in his bed that night.

He said he ran to the front door where he could see a car on fire at the level crossing and his own car missing.

Mr Daly said: “I knew then it was my car on fire and John was in it.”

Mrs Daly said she was approached by a garda at the crash scene who told her: “We didn’t chase, we followed him”.

After realising that John was in the burning car, Mr Daly said: “I don’t recall much after that, I just lost the plot.”

John’s remains were later formally confirmed with a DNA match from his mother.

Local man Pat Horgan gave evidence of dropping John home from the party at around 2.10am when collecting his own son, Donal, and said the two boys did not appear drunk and their form was very good.

Mr Horgan said that John was asking about Covid-19 and whether it would result in the postponement of the Leaving Certificate summer exams.

A teenager at the party, Killian Arthur, told the inquest that John later dropped him home from the party and he recalled texting his girlfriend at 2.52am after he got home. Mr Arthur said that he did not contact John to bring him home.

The preface by the pathologist to the postmortem report stated that on the night, John Daly arrived home from the party at 2am and went straight to bed after saying goodnight to his parents.

The preface stated that John “apparently received a call after going to bed to return to the party. It is not certain if he dropped another person home or if he was driving for another purpose on his own.”

The preface stated that a Garda car approached and he drove away at speed and the crash was not witnessed.

County Coroner Isobel O’Dea told the Dalys: “I can’t imagine the sadness – it is tragic beyond description”.

Three witnesses from the night did not appear at the inquest and Ms O’Dea adjourned the inquest at the request of the Dalys to allow the three to be present at an adjourned date for their depositions to be read into the record.