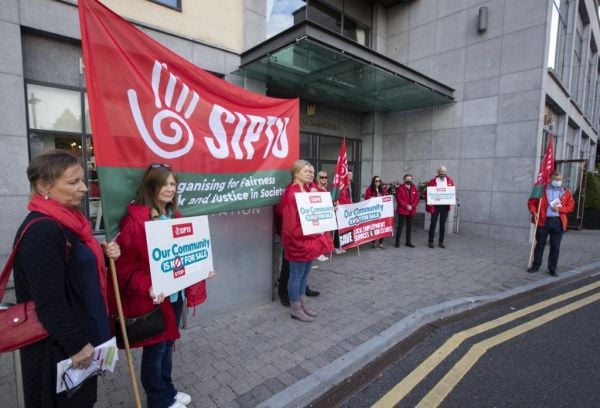 The ICTU’s Public Services Committee has agreed to mount a co-ordinated union campaign with ballots on action to take place from next month.

They are calling on the government to return to the negotiating table and agree on a deal which would see public pay rise due to rocketing rates on inflation.

Speaking to Newstalk, Siptu’s John King outlines the timeline ahead unless a resolution is reached

“We would see ourselves consulting with our members over the next two or three weeks. We would potentially see ballots for industrial action taking place in the last week of August into September.”

He said this would mean we could see the intent for industrial action by mid-September onwards.

Yesterday, the Government said it is ready to return to talks with unions at the Workplace Relations Commission (WRC) over public sector pay, the Minister for Public Expenditure has said.

Michael McGrath told both Newstalk Breakfast and RTÉ radio’s Morning Ireland that the Government had continued to engage with the WRC since talks ended in June and had indicated its willingness to re-enter negotiations.

On Monday, trade union Siptu issued a statement saying preparations were under way for its members to take strike action, after they failed to reach an agreement on a pay review last month.

Mr McGrath said industrial action was not the way forward for public sector workers seeking a pay rise, adding that negotiation was the only way to achieve “an acceptable outcome”.

The Government is “on standby” to re-enter talks, he said. It would be as flexible as possible, but it was not prepared to “chase inflation” which could result in inflation being embedded in the system and harder to control, he added.