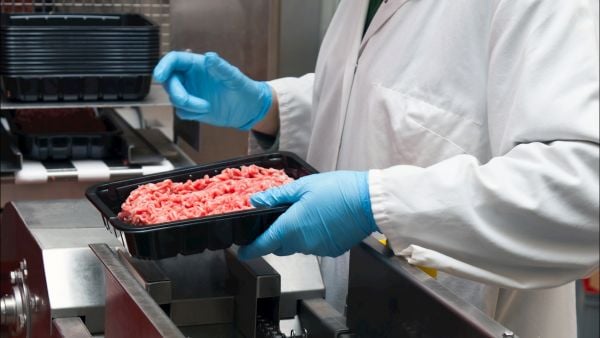 Desmond Kampff and Gwen Wordingham, who have separate addresses in Banagher, Co Offaly, say they are “critically concerned” about the potential environmental impacts of the proposed processing plant at a site three kilometres southeast of Banagher.

In particular, they point to the proposal that the facility would discharge its domestic and wastewater into the nearby Feeghroe stream, which they say does not have capacity to accommodate this.

The new facility will have capacity to slaughter 36,000 animals a year. Its inspector found the proposed development would “not be likely to have a significant negative environmental impact in terms of climate”.

The go-ahead came almost two years after Mr Kampff, who describes himself as being active in local environmental protection, and Ms Wordingham lodged an appeal against Offaly County Council’s grant of permission.

Mr Kampff and Ms Wordingham’s High Court action against An Bord Pleanála, with the developer on notice, is grounded on a number of domestic and European legal points.

They claim the grant of permission breaches a section of the Water Framework Directive and surface water regulations because the board allegedly did not ensure the development would not cause a deterioration in the status of a body of surface water or jeopardise the attainment of good status or potential.

And, or in the alternative, they say the board could not have arrived at its conclusion that there would be no significant environmental effect in circumstances where the adjacent Feeghroe stream has not been assigned a quality status by the Environmental Protection Agency (EPA).

The applicants say the board is precluded from granting consent for a development that may jeopardise the attainment of good water status and/or where no assessment was possible.

They further claim it was not open to the board to conclude there would be no significant environmental effects where the evidence demonstrates that the additional biochemical oxygen demand levels would be sufficient to render the Feeghroe stream incapable of attaining good status. The discharge would also lead to significantly elevated nitrogen levels, they say.

The applicants also allege an invalidity due to an alleged lack of effective public participation for the purposes of the Environmental Impact Assessment (EIA) Directive, because the EIA report was allegedly not uploaded onto the board’s website.

The matter was briefly mentioned before Mr Justice Charles Meenan on Wednesday by John Kenny BL, instructed by Eoin Brady of FP Logue solicitors. The case will return before the court in November.