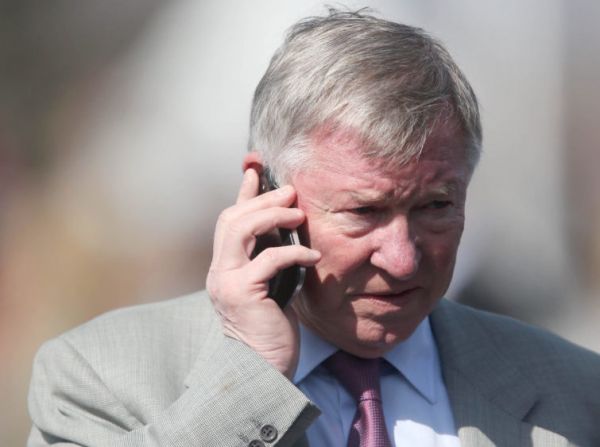 Lord Coe has revealed how close he came to landing Sir Alex Ferguson to manage Team GB at the London Olympics.

On the 10-year anniversary of the Games, July 27th, Coe has lifted the lid on his attempt to lure then Manchester United boss Ferguson in 2012.

The offer leaked, which ultimately ended any chance, and the job eventually went to Stuart Pearce.

Team GB were then knocked out by South Korea on penalties in the quarter-finals, but Coe felt he almost had his man for the Games.

He said: “We got very close. I came up with the idea because we were having a bit of fragility around our Celtic cousins. It suddenly occurred to me that the one unifying influence in all that would be having a not-necessarily-English coach.

“It was ostensibly an English team, there were a smattering of Welsh players but, effectively, it was an English side.

“I thought I can’t imagine any club that’s going to release professional players to an Olympic team having a problem of under-23 players have a four, five, six-week tutelage, a masterclass, from Alex Ferguson on the training ground.

“Weeks went by. I was in a Tesco on a Friday night filling baskets full of food for my kids and I got a call. It was a no ID, and I was at the butter and fats counter, and he said, ‘Seb, it’s Alex here’.

“I threw a load of cash at one of my daughters to keep filling the trolley and said this is the stuff for a long conversation.

“I did explain what my theory was because Bob hadn’t actually told him, he’d just asked him to give me a call. So Alex rang and said, ‘oh, I thought you were looking for tickets,’

“I put him through the idea, and he said, ‘well, I don’t know.’ Then there was a gap, and then he went, ‘oh Jesus, I’m already picking the team in my head.’

“I said I’m not having another conversation with anyone. Just have a think about it, it’s only me. I didn’t mention it to a living soul.

“I went to the BBC review of the year and Alex was there to give Bobby Robson a lifetime achievement award. After the presentation, Bob and Alex were sitting where I was. I walked over to Bob and said, ‘congratulations, it couldn’t have gone to a nicer and better coach’.

“Alex looked at me and said, ‘the answer’s yes.’ We never said anymore other than that we’d speak. I don’t quite know how, but The Times ran the story.

“I’ve always laughed with Alex afterwards. I bump into him fairly regularly. He often wonders whether he missed out on a really good experience.

“The players would have benefited a lot from him.”

Coe remains proud of what London 2012 achieved, despite disappointment over the deal which saw West Ham take the tenancy of the Olympic Stadium, with the taxpayer footing the bill for it to be changed for Premier League football.

“We all came behind one single vision and one single goal. Maybe there’s a lesson currently to pull from that as well,” he said.

“I said at the closing ceremony there were some famous words which traditionally have a meaning, a quality mark which means skill and creativity, and we stamp those words on the Olympic and Paralympic Games: made in Britain.

“They were a Games made in Britain by people in Britain. That’s the thing I look back with most nostalgia about, that so many people came together from communities that maybe didn’t think they had much in common with each other.”