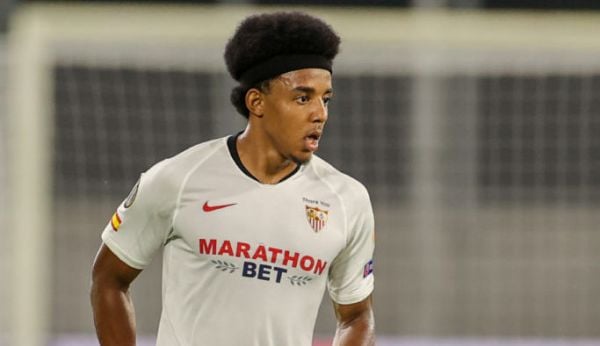 Barcelona have swooped in to agree a deal for Chelsea target Jules Kounde from Sevilla.

The 23-year-old France international will join the Spanish side for a reported €50 million providing he passes a medical and agrees personal terms, which is not expected to be a problem given he has already posed for pictures in Barca clothing.

It is a blow for Chelsea, who were hopeful of bringing the centre-half to Stamford Bridge, but now must look for alternative defensive options.

Agreement in principle with Sevilla for the transfer of @jkeey4

A statement from Barca read: “FC Barcelona and Sevilla FC have reached an agreement for the transfer of Jules Olivier Kounde, awaiting the player passing a medical and the signing of contracts.”

Kounde joined Sevilla from Bordeaux in 2019 and made 133 appearances for the Andalucian club.

Chelsea lost defenders Andreas Christensen – to Barcelona – and Antonio Rudiger on free transfers this summer and although they have signed Kalidou Koulibaly, Thomas Tuchel is still on the lookout for additional arrivals.