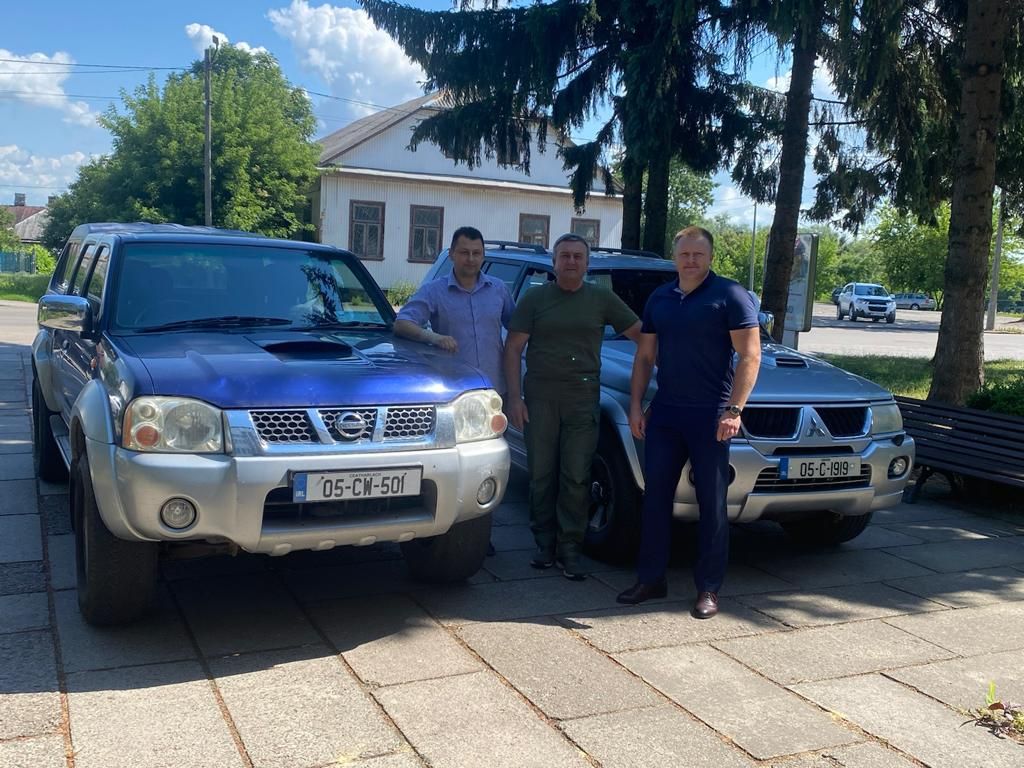 The couriers safely delivered the two jeeps to Krakow

Pat Lee, a businessman from Baltinglass, Co Wicklow, has just successfully sent transport and vital medical and food supplies to war-torn Ukraine for the second time in months.

Pat and his wife Fran raised funds and bought two Mistubishi jeeps, which they then filled with medical supplies and other vital necessities, in a bid to help the people of Ukraine.

The jeeps were then driven by couriers across Europe as far as Krakow, Poland earlier in July, where they were handed over to Ukrainian drivers, who got them over the border.

Pat has dubbed his efforts Mission Ukraine and has now completed two big projects, the first of which involved buying a bus and a people carrier and again filling them with supplies.

On that mission, Pat and Rathvilly man Noel Doyle successfully drove the vehicles to Krakow themselves and delivered them into the hands of two Ukrainian drivers.

Pat was inspired to help the people of the bombarded country after befriending a Ukrainian refugee, Raisa Shafar, who’s living in Baltinglass with dozens of others who have fled their war-torn home. 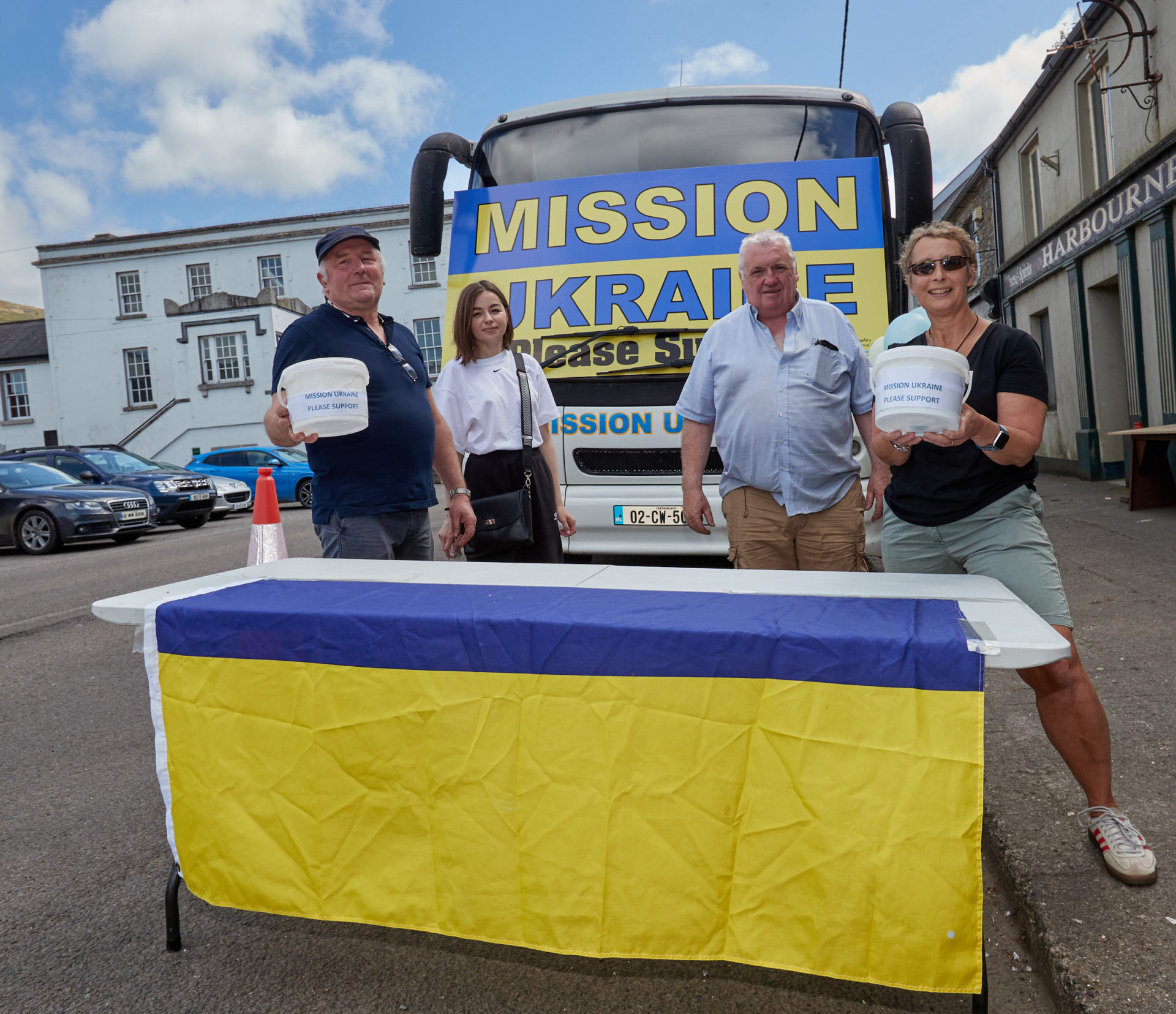 Pat and Frances Lee, Willie Rooney and Raise Shafar members of the Mission Ukraine initiative who were collected, goods, food and money in Baltinglass to support the effort in the Ukraine. Photo: michaelorourkephotography.ie

Over the past four months, Pat and Fran have fundraised and appealed for help and, using business and other connections, managed to get the vehicles and the supplies needed. They also organised a fun tractor run, which helped to fundraise the second Mission Ukraine.

Pat and Fran would especially like to thank Anton Scheele from Clonmore for all his help in the second mission and everyone else who donated money or goods to the cause. 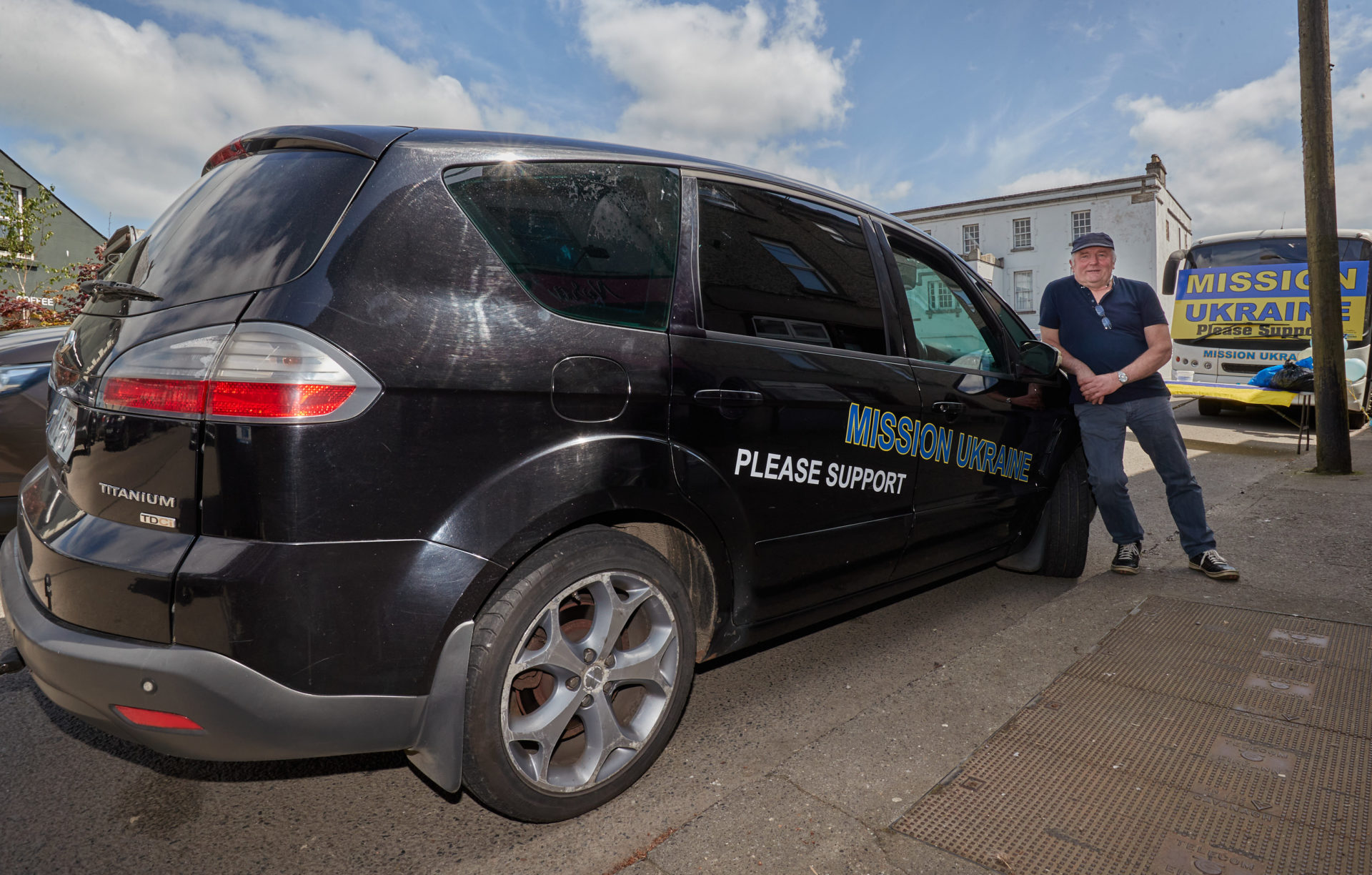