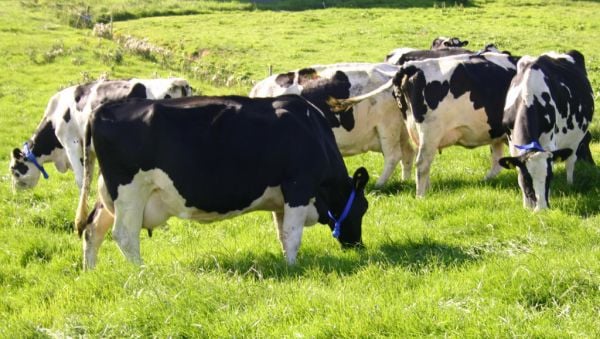 Opposition politicians have labelled a 25 per cent emissions reduction for Ireland’s agricultural sector “a failure” on climate action, while a farmers’ lobbying group said it was a “potentially devastating blow for Irish farming”.

On Thursday, the Government agreed on a compromise target of a 25 per cent emissions reduction for agriculture, after it failed to agree targets at the last Cabinet meeting before the summer recess.

Labour leader Ivana Bacik said it was “unfortunate” to see a target at the mid-range instead of on the higher end of the 22-30 per cent range that was outlined in the Government’s Climate Action Plan.

“It’s unfortunate that Government has landed on just a 25 per cent emissions target for the agriculture sector when all the science is clear – the sector must have reductions of closer to 30 per cent to have some hope of offsetting the impact of climate change.”

People Before Profit/Solidarity TD Paul Murphy said that the 25 per cent target set for agriculture was “yet another Green Party failure”.

“Agriculture accounts for 37 per cent of Ireland’s emissions – a 25 per cent reduction by 2030 is hopelessly inadequate,” he said.

Solidarity TD for Cork North Central Mick Barry said that “no one who takes the issue of climate change seriously could support this deal”.

25% reductions in agriculture emissions not compatible with Paris or science.@bridsmithTD said the deal is “a huge victory by big agri food business interests and is an enormous blow to Ireland’s climate goals – not what the climate movement expects from Greens in government.” pic.twitter.com/UHImUxRWHp

Social Democrat TD Jennifer Whitmore said that a rate of 25 per cent for agriculture is “a failure by Government to listen to the science and shows a shocking lack of leadership”.

“This deal clearly demonstrates Government are not prepared to, or capable of, making the tough decisions required to deal with climate change.

“Instead, they have chosen to ignore the independent advice and this deal has fallen far short of the target needed for us to meet our climate targets.

“Unfortunately, it appears, Government ministers and TDs were more interested in protecting their seats rather than protecting the environment and the future of our rural communities.

“The onus is now on the Government to clearly spell out which sector is going to have to make up for this shortfall and their lack of ambition when it comes to agricultural reform and climate action.”

In a statement, the Irish Farmers’ Association (IFA) president Tim Cullinan says that the 25 per cent reduction in emissions for the agriculture sector is “a potentially devastating blow” for Irish farming.

“This deal between Fianna Fáil, Fine Gael and the Green Party is all about the survival of the Government rather than survival of rural Ireland.

“The Government has agreed to a target without any pathway to get there or any budget to assist farmers to reduce emissions. They have no idea of the economic and social impact of today’s decision on the farming sector or rural Ireland.

“Farmers across the country will be rightly worried about what this means for their future.

“The implementation plan to achieve the target will be vital.

“I want to make it clear that any attempt to undermine farmers livelihoods or the viability of sector, in order to achieve these targets, will be opposed vigorously by the IFA,” he said.

Speaking on RTE’s Drivetime, Fianna Fáil TD Paul McAuliffe acknowledged there were “many representatives in Fianna Fáil who are arguing that there were unique conditions in farming, but every sector will have challenges.

“This is a radical and a significant shift in behaviour both at national and at sectoral level and today marks the start of that, and at least each now sector knows the challenge that they face, and we need to get on with that.”