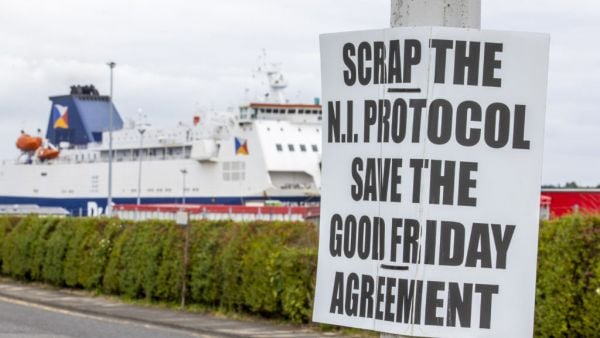 The US ambassador to the UK has called for further negotiations to find a way to make the Northern Ireland Protocol work.

Jane Hartley said indecision is “never a positive” when it comes to economic investment, as she spoke of the importance of finding a resolution to the current deadlock.

Her comments come amid a breakdown in relations between London and Brussels over the UK government’s controversial plan to pass legislation at Westminster which would empower ministers to unilaterally rip up the bulk of the protocol.

Ms Hartley called for further talks on the post-Brexit Irish Sea trading arrangements “for the sake of Northern Ireland”.

She told Times Radio: “What we’re saying is please have conversations and get this dialogue going again.

“But this is an important time. The Good Friday Agreement, it will be 25 years in April. We want what we see up there – the peace, prosperity and security – to continue.

“What we would urge is, please, this is not, we’re not part of this negotiation, but we would urge please sit down, sit down privately, and let’s see if there’s a way to make this work for both sides.”

It was put to her that it sounds as though she wants the negotiations to continue and that the US is not therefore necessarily supporting the EU in its legal action against the UK.

She replied: “I don’t want to comment on the EU, but our key commitment, our key statement here, our key policy, what we’re really proposing privately and publicly, is sit down and let’s figure out how we can make this work for the sake of Northern Ireland, for the sake of the economy, for prosperity, for security – it’s important.

Meanwhile, Ms Hartley said the White House sees its relationship with the UK as its “key relationship”.

She told Times Radio: “The relationship between the UK and the US is deep and it’s strong.

“And it’s not just president to prime minister, it’s throughout all of our government.

“There’s no other partner, no other ally, that we work with as closely, whether it be intelligence, security, military, and obviously the importance of economics on both sides of the Atlantic.”