Barcelona make Jules Kounde their fifth signing of the summer 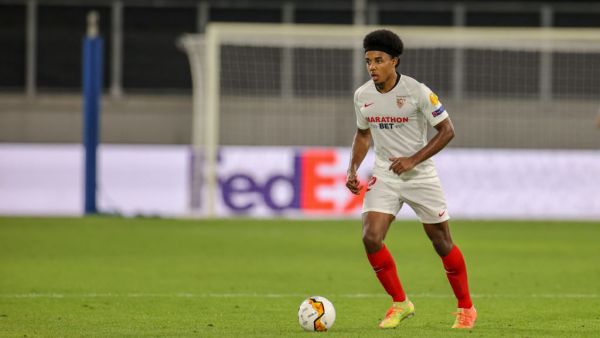 Barcelona have agreed the signing of France defender Jules Kounde from Sevilla, and set a buy-out clause of £1billion euros.

The Catalan club say Kounde, 23, will sign a five-year contract at the Nou Camp.

Kounde will be officially unveiled as a Barca player on Monday.

He will become the club’s fifth signing of the summer after the arrivals of Robert Lewandowski from Bayern Munich, Raphinha from Leeds, AC Milan’s Franck Kessie and Chelsea’s Danish defender Andreas Christensen.

Kounde joined Sevilla  from Bordeaux in 2019 and won the Europa League in his first season in Spain. He has played 11 times for France.