Belfast Pride parade to return after three years set to be biggest one yet, organisers predict 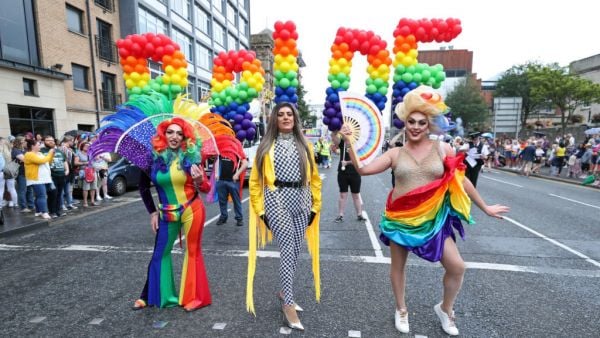 The returning Belfast Pride parade is set to be the largest the city has ever witnessed, organisers have said.

The annual event, which was cancelled during the height of the Covid-19 pandemic, returns for the first time in three years on Saturday.

The last time it was held in 2019, 135 groups registered to take part in the parade.

The theme for this year’s Pride event is “community united in diversity” and a group of asylum seekers and refugees who have made Belfast their home have been invited to lead the afternoon march through the city centre.

Notable additions to this year’s parade line-up include Ulster Rugby and Ulster GAA.

Co-chair of the Belfast Pride Festival John O’Doherty said: “We’re so excited to be back on the streets of Belfast. This is going to be the biggest Belfast Pride parade Belfast has ever seen, we’ve more groups marching than ever before.

“We’re so excited to be joined for the first time by Ulster Rugby and Ulster GAA.

“We’re also really excited to be profiling the experiences of asylum seekers and refugees in Northern Ireland and to have them lead our parade.”

Mr O’Doherty said 60,000 people were on the streets of the city in 2019 – a figure that included parade participants and watching crowds.

“We’re expecting substantially more than that tomorrow,” he added.

“My first Pride in Belfast was 20 years ago. I was 18 and I’m 38 now and it’s substantially changed since then. The festival alone I remember we had our after-party in Writers’ Square, where there were no stages, there were no big performances. It was a much different festival back then.

“And it’s such a visual representation of how far LGBTQI+ people have come.

“We still have a lot to do. There are a lot of inequalities to be addressed – trans healthcare, banning conversion therapy, RSE (relationships and sex education) and protections in schools.

“All of these things still need to be addressed. However, we should also take time to recognise how far we’ve come and how much we’ve achieved.”