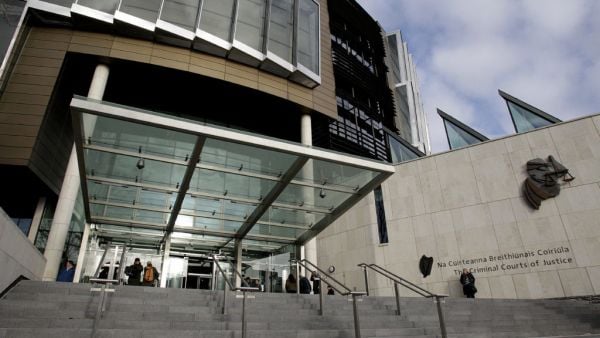 A Cork man who was found guilty of raping and sexually assaulting his then partner and her son has been handed a 12-year prison sentence.

“The 56-year-old man, who cannot be named to protect the anonymity of his victims, was found guilty by a jury following a trial at the Central Criminal Court earlier this year of 61 counts, including two counts of raping his then partner and 52 counts of sexually assaulting her.”

He was also found guilty of four counts of sexually assaulting her son and one count of raping the boy, who was aged between nine and 11 at the time.

The man was also convicted of two charges of cruelty towards his ex-partner’s children. The offending took place between October 2013 and December 2015.

The defendant does not accept the verdict and continues to maintain his innocence. He has no previous convictions and intends to appeal against his conviction, the court heard on Friday.

Eleven character references were provided to the court on behalf of the defendant. These included statements from friends, neighbours and people who had worked with the man, with several references describing him as a “caring father” and a good friend.

In her victim impact statement the woman said she had been a “strong and independent” woman before meeting the man, but he had taken this away. She said he had seemed nice at the start of their relationship, but this was “all for show”.

She said she had done her best to protect her children, but this was impossible as the defendant, who she described as a “sick monster” was always in control.

He said rape is a “very serious” offence which “invades the dignity of the victim” and in this incident, had taken place against a background of sexual assault.

The judge added that the rape and sexual assault of her son had involved a “breach of trust” by a man considered by the boy to be a father figure.

Mr Justice McGrath said the victim’s children had been young and vulnerable. The defendant had caused them to feel fear due to his “oppressive and cruel” conduct.

The court heard the defendant and the woman had been in a relationship and have four young children.

The defendant raped his then partner around Halloween 2013 and on a date between September and December 2015. He also sexually assaulted her on a weekly basis during 2015.

The court had previously heard evidence that the defendant raped the woman’s son. He also sexually assaulted the boy in the shower after sports training.

On one occasion, the boy woke to find the man on top of him. Mr Justice McGrath said this experience would have been “traumatising and frightening” for the boy who suffered a “hard time” at the hands of a man he considered to be a father figure.

The defendant expected the children to clean the house at any hour. He also locked all the internal doors and permission had to be sought to use the bathroom. The victim’s daughter was also subjected to the defendant’s displays of temper and interference with her homework.

Referring to the victim impact statements, Mr Justice McGrath said the victim’s daughter outlined that she felt like she was “living in prison” and was convinced that no one would believe her.

The judge said the victim’s son felt like an outsider in his family due to the secret he was carrying. He said that the defendant’s behaviour had undermined her self-esteem and self-respect and his desire to be in control made it impossible for her to protect her children.

Mr Justice McGrath said he had considered character references submitted on behalf of the defendant which indicated the referees were informed of his conviction and spoke of his “good standing” in the community.

Mr Justice McGrath said it was not appropriate to suspend a portion of the sentence as the defendant had not expressed any remorse. He backdated the sentence to March 23rd.

He also imposed a 12-month post-release supervision order on the defendant.