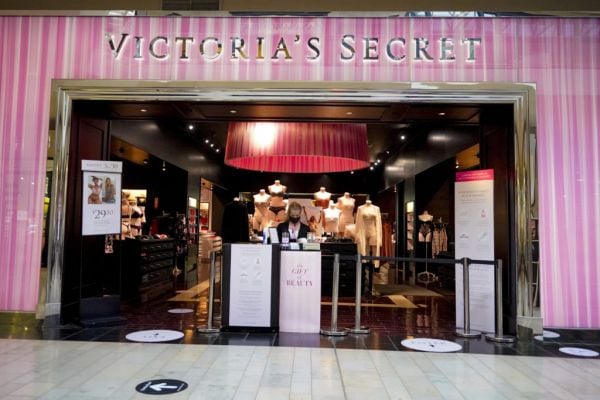 The flagship Victoria Secret’s store on Dublin’s Grafton Street last year sustained a €7.57 million or 73 per cent hit to revenues due to the Covid-19 impact on business.

New accounts for the high-end lingerie brand firm behind the Grafton Street store, VS Fashion Retail Ireland Ltd show that its store revenues in the 12 months to the end of January 2021 totalled €2.84 million.

The patient Victoria Secrets enthusiasts chanted “VS Dublin” and that enthusiasm quickly translated into hard cash for the lingerie retailer with the retailer recording revenues of €3.88 million or average daily revenues of €64,666 in its first 60 days of opening here.

For many years, Victoria Secrets used its televised annual fashion show featuring the likes of Kendall Jenner and Gigi and Bella Hadid as a global marketing tool but axed the show in 2019 due to falling ratings.

In October 2020, a new joint venture commenced operating the Grafton Street store after British retailer, Next acquired a majority 51 per cent stake in the business as part of a wider deal for Victoria Secret’s business across Ireland and the UK.

Now, a note attached to the new accounts on the impact of Covid-19 states that it involved the temporary closure of the Grafton Street store, reduced opening hours and reduced customer traffic and consumer spending along with delays in shipping products.

Arising from the new joint venture, with Next, the company was able to book a gain of €13 million concerning a sub-lease of the Grafton Street property and this resulted in the company recording a pre-tax profit of €12.4 million for the 12 months to the end of January 2021.