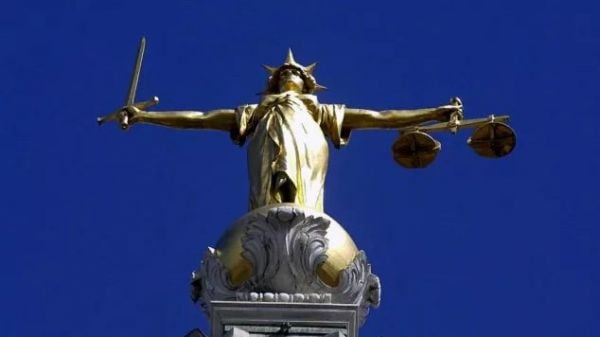 A judge has granted a three-year barring order against a man after hearing that in the past he has taken out a belt to try to whip his wife.

At the Family Law Court, Judge Mary Larkin issued the order which bars the man from the family home for three years after hearing a daughter of the couple describing her father as “a very violent person” and said that in the past he has taken out his belt to try to whip her mother.

Previously, the man’s wife here alleged as part of her Protection Order application against the man that he has “secretly got married to three of four ladies in Nigeria”.

When asked in court by solicitor, Ann Walsh for the woman “what about these wives in Africa?” the man replied “there are no wives in Nigeria – point of correction. I had one wife before her”.

The man denied assaulting his wife and daughter, but Judge Larkin granted the barring order after stating that she accepted the evidence of the couple’s daughter.

A witness on behalf of her mother, the daughter stated she vividly remembers being in the car on the way from Tesco when she was younger.

She said: “My Mom really wanted this jacket – it was on sale, and he hates when she buys stuff for herself, so he says that she is obsessed with clothes and has ‘a buying sickness'”.

The daughter added: “My mother was saying ‘Oh please can we turn around and buy the jacket – I really like it’ and he just turned around and bashed her in the eye and told her to shut up.”

She added: “All of us were in the car, we were so scared, and we didn’t know what to do because we were younger, and we could hear my mother crying silently in the car and my Dad just drove home. I remember the next day, my mother’s eye was black and swollen.”

More recently the daughter said she overheard an argument where her mother accused her husband of flirting with a woman in the local shop.

The daughter said her father replied to her mother “why would I want an old woman when I could get a 16 or 17-year-old?”

She said: “I was taken aback because I knew he was into polygamy and all that stuff . You would think he has some morals in him, so I screamed out

‘That’s paedophilia. That is disgusting. How can you say that?’”

The daughter said that her father got angry and barged into my bedroom and said “you called me a paedolhile”.  I was trying to push him away and he punched me square on my cheek. I was shocked.”

She said: “I was crying. He was saying he would pee on my grave.”

The man denied saying these words or that he assaulted his daughter.

Imposing the barring order, Judge Larkin told the man that she was concerned he was minimising the issues before the court and told him he could appeal her order.