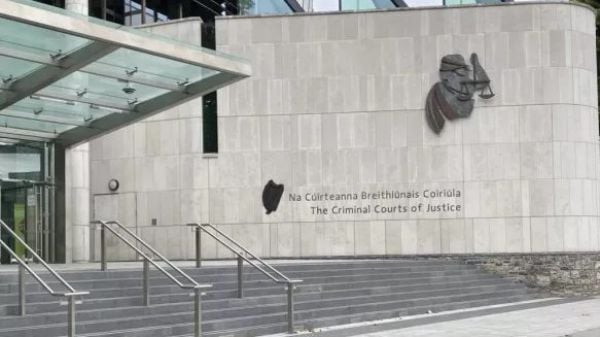 The Court of Appeal has almost doubled the sentence handed to an “upper echelon” gang member who was caught red-handed with over €1 million in cash and drugs, including 5kg of cocaine in a potato bag.

The Director of Public Prosecutions had appealed the sentence on the grounds that it was too lenient.

The three-judge court found that the five-and-a-half year sentence imposed on James Curtis (51) of Reiska, Kilcommon, Thurles, Co Tipperary was “not an appropriate one and a significantly more severe sentence was required”.

Mr Justice George Birmingham, delivering the judgment, quashed the Circuit Court sentence and substituted it with one of 10 years’ imprisonment.

He said that the sentencing judge should have had regard to the large sum of cash, totalling €376,550, which added to the seriousness of the drug dealing offence.

He said that the appropriate headline sentence should have been set at 12 to 12-and-a-half years rather than the eight years set at the Circuit Court.

Taking into account all mitigating factors including Curtis’s guilty plea, he said it is: “Not possible to conclude that the imposition of a sentence of at least ten years would have been unjust.”

The new 10-year sentence imposed by the court was backdated to October 30th, 2020 when Curtis first went into custody.

Curtis was jailed at Nenagh Circuit Criminal Court in October 2021. The court heard that while serving a suspended sentence Curtis was “caught red-handed” in a field near his home in possession of a potato bag containing 5kg of cocaine.

Curtis pleaded guilty to possessing €647,000 worth of cocaine for sale or supply, contrary to Section 15 of the Misuse of Drugs Act. He also pleaded guilty to being in possession of €376,550, knowing or being reckless as to whether the money was the proceeds of criminal conduct.

Detective Sergeant Andrew Lyons told the lower court he believed Curtis to be “in the upper echelon of a criminal fraternity”.

He said gardaí saw Curtis leaving his house in Reiska, “under the cover of darkness”, on October 30th, 2020, walking along a “secluded country road” and crossing into a field where he was found in possession of the drugs.

Det Sgt Lyons said Curtis walked at night to the field near a wood, without the aid of a torch, and he wore “latex gloves” to “prevent forensic evidence” being detected on the items found in the field.

At a previous hearing Tom O’Malley SC, for the State, said the sentencing judge, Judge Cormac Quinn, erred in principle when setting the pre-mitigation headline sentence at eight-and-a-half years.

Mr O’Malley said the headline sentence was “too low”, “unduly lenient” and should not have been less than 10 years’ imprisonment.

Mr O’Malley said the amount of drugs involved was a significant aggravating factor. Counsel added that Curtis’ level of involvement was also “significant, even if he was not at the very top of the enterprise”.

Counsel said that while Curtis had entered a guilty plea “he was caught effectively red-handed” in the field, adding that the defendant had previous convictions for drug-trafficking and had been “given a clear opportunity” months earlier.