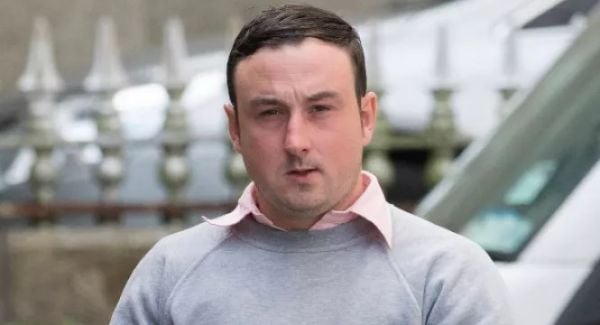 Garda killer Aaron Brady and another man will stand trial at the non-jury Special Criminal Court next year accused of plotting to pervert the course of justice.

Brady and co-accused Dean Byrne are charged with conspiring to persuade a State witness not to testify during Brady’s trial for the murder of Detective Garda Adrian Donohoe during a robbery at Lordship Credit Union, Bellurgan, Jenkinstown, Co Louth, on January 25th, 2013.

Brady had pleaded guilty to the murder of the married father-of-two but a Central Criminal Court jury found him guilty by a majority verdict in August 2020 and he was sentenced to life imprisonment, 40 years of which must be served.

It was the longest murder trial in the history of the State.

Brady (31) of New Road, Crossmaglen, Co Armagh and Dean Byrne (29) from Cabra Park, Phibsborough, Dublin, are accused of conspiring to persuade prosecution witness Daniel Cahill not to give evidence in order to pervert the course of justice between April 8th, 2020, and June 22nd, 2020.

However, during the trial, which ran from January to August of that year, Mr Cahill testified he overheard Brady say he shot a garda.

Brady is also accused of recording the playing of a video of a witness being interviewed by gardaí, thus embarking upon a course to pervert the course of public justice between February 20th, 2020 and May 7th, 2020,

During Brady’s trial in 2020, the court was told that the video of Mr Cahill telling gardaí that he heard Brady admitted to murdering a garda was circulating on social media.

Trial judge Mr Justice Michael White described the dissemination of the video as “the most outrageous contempt of court” and a “deliberate attempt to intimidate” the witness and others who were to give evidence.

It is alleged that a phone was recovered from co-accused Mr Byrne’s cell in Mountjoy Prison with five recovered WhatsApp exchanges in which there were messages to an anonymous contact with offers to intimidate Dean Cahill.

Today at the Special Criminal Court, Kate Hanley BL, for Brady, told the court that a trial date would be required.

Mr Justice Tony Hunt, presiding at the three-judge court fixed October 2nd, 2023, for the trial and put the case into November 7th next for mention.