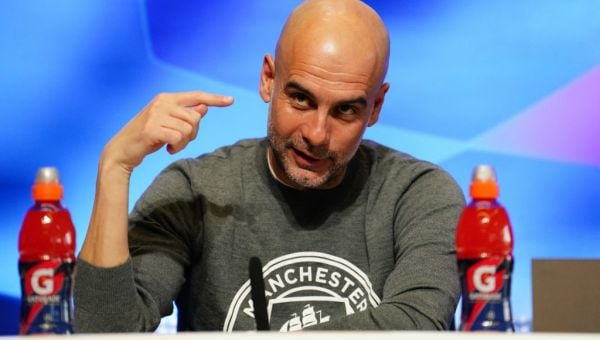 City have been linked with the Spanish defender throughout the summer and there have been reports that he has now handed in a transfer request at the Amex Stadium.

Guardiola, speaking at a press conference to preview Saturday’s Community Shield against Liverpool, said: “He’s a Brighton player, I cannot say anything else.”

Guardiola did admit, however, that left-back is an area where the club are looking to strengthen.

Following the departure of Oleksandr Zinchenko to Arsenal, Joao Cancelo is currently the only senior specialist option in the position.

Guardiola said: “If it’s possible, yes. If it’s not, we stay with what we have.”

Guardiola also confirmed central defender Aymeric Laporte will miss the start of the season after undergoing a knee operation in the summer.

The Spain international had been carrying a knock in the closing games of last term.

Guardiola said: “Laporte is injured. He had knee surgery after last season, playing the last two or three games with an important injury. He made an incredible effort.

“So far he is doing really well but you have to be careful with a knee. I think August he will be out, September I think maybe he will start to be with us.”