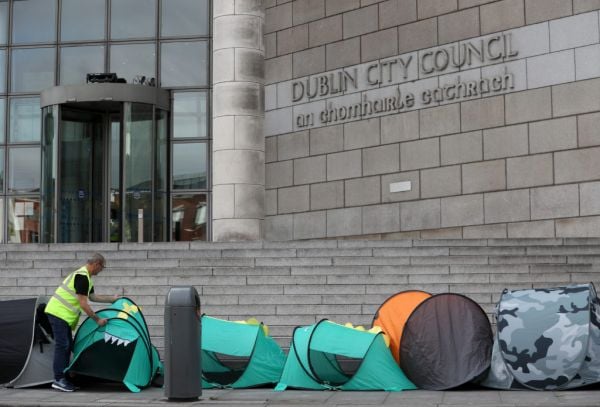 With 10,492 people in homelessness, the Simon Communities of Ireland have said things are ‘beyond crisis point’.

Recommendations in their pre-budget submission include bringing 5,000 vacant properties back into use, through the Repair and Lease Scheme, for people in homelessness and on the social housing waiting list as well as increasing funding towards homeless prevention and reforming HAP rates.

The latest figures by the Department of Housing, Heritage and Local Government, show the number of people in emergency homeless accommodation has risen for the sixth consecutive month.

There were 10,492 men, women and children in homeless emergency accommodation in Ireland during the last week of June 2022.

Speaking about the figures, Wayne Stanley, head of policy and communication at the Simon Communities of Ireland, said:

“The numbers today again highlight the need to take action to get ahead of the homelessness crisis.

“In our pre-budget submission launched today, we are raising 10 priority areas to tackle homelessness, and we’re calling on Government to take the necessary steps to move beyond the crisis.”

Meanwhile, Focus Ireland, director of advocacy, Mike Allen said: “Focus Ireland has welcomed the Government’s Housing For All strategy and is working with local authorities across the country to deliver its objectives.

“But as homelessness rises month on month, it must be clear to everyone that just keeping on doing what we are already doing will not be enough. Local authorities across the country are being driven into desperate attempts to open new homeless shelters when we know that emergency accommodation is not the answer, housing is the answer.”