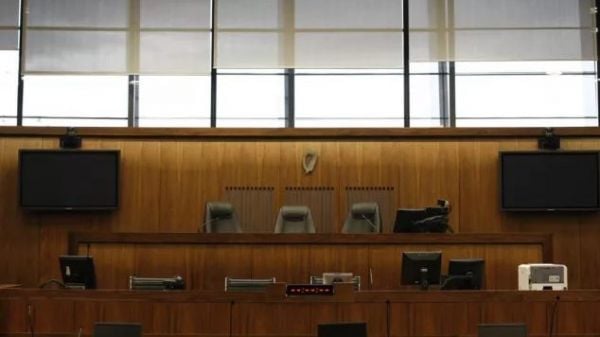 A man will go on trial for a second time despite being acquitted by a trial judge’s direction of robbing pension and holiday money from an elderly woman at her own back door.

The Court of Appeal on Friday found that the trial judge was wrong to exclude an informal identification parade during which the alleged victim identified the accused. After ruling that the identification would not be allowed in evidence, the trial judge directed the jury to acquit the man, who cannot be named for legal reasons.

In May 2021 the 38-year-old was acquitted of the robbery charge, where it was alleged he followed the pensioner home from before robbing her of her purse at the back door of her home. He will now be returned for trial at a later date.

During the trial, the man’s lawyers argued that the garda line-up in which he was identified was inadmissible because the defendant had not been informed that he was participating in a parade at Portarlington Garda Station.

The defendant had refused to take part in a formal line-up, so an informal one was arranged by gardaí without his knowledge whereby seven men, including the accused, walked with a garda along a corridor in the garda station.

His defence team successfully argued that the line-up was unfair in that he behaved differently to the other men because he spoke to a Garda as he walked past the alleged victim.

The woman was sitting in the corridor while the men were passing in 15-20 second intervals. She was instructed to squeeze her daughter’s hand to signal that she had seen the person who robbed her.

Ms Justice Isobel Kennedy, delivering the judgment of the three-judge Court of Appeal, said that the issue of the accused man speaking during the informal parade was not significant because the identification had already taken place before he spoke.

She also dismissed an argument that he should have been told that if he refused to take part in a parade, gardaí would set up a parade regardless. She said: “If such information was given to a suspect, then it could be said that such might induce him or her to agree to a formal parade where they otherwise might not.”

The Director of Public Prosecutions had brought the appeal against the acquittal under Section 23 of the Criminal Procedure Act 2010.

During a previous hearing Michael Delaney SC, for the DPP, said that the evidence was “compelling” enough to be put before a jury as the alleged victim recognised the accused instantly before he spoke and then remembered his voice.

He said gardaí ran the line-up to “quite a high standard” and had no choice but to run the informal line-up as the defendant refused a formal one.

When the woman was robbed she spun around and looked into her assailant’s eyes and counsel submitted she could identify the defendant “decisively”.

The barrister said there was a “strong” combination of evidence, including CCTV and clothing fibres, to corroborate the identification.