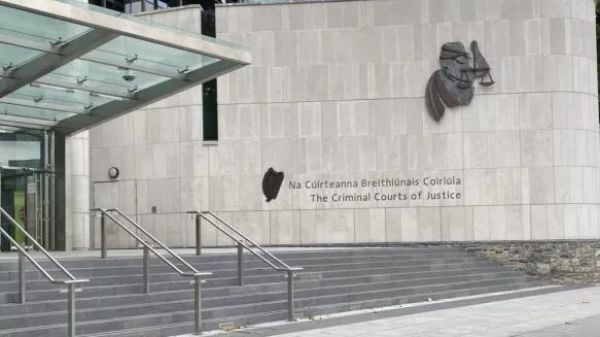 A Cork woman has described being left in terror and fear after her ex-partner raped her after threatening to cut her fingers off with a garden secateurs.

At the man’s sentence hearing at the Central Criminal Court on Friday the woman described how she had stayed in a “toxic relationship” for 18 years for the sake of her children who she loves dearly.

The couple separated in 2019 but remained living together with their children and on the evening of August 2nd, 2019 the woman had come home from work when the man showed her the secateurs, grabbed her hand and told her that he would cut her fingers off if she didn’t do what he said.

The man, who cannot be named to protect the woman’s anonymity, had a crazy look in his eyes and told the woman he was mad enough to cut off her fingers.

He then raped her again and only stopped when one of their children arrived home and began shouting to be let in. The court heard that during the whole incident the woman was crying and hyperventilating.

He was convicted last Wednesday after a trial at the Central Criminal Court sitting in Cork of two counts of rape, two of oral rape, two of sexual assault and two threats to kill or cause serious harm.

The court heard that after the attack the woman fled her home and spent a few weeks sleeping in hotels and with friends before finding rental accommodation. She did not initially go to gardaí because of how it might affect her children and during that time she said she was afraid to be on the streets.

She said she felt safe for the first time when she found the rented accommodation but a few days after moving in the man smashed his way into the back of the property and came “charging” towards her with what the woman thought was a knife.

The knife was a modified nail file. The man told her he had paid a man €10,000 and that he “would get her” if anything happened to him and he went to prison.

He told her this man had a picture of her and knew where she lived and worked and said “I paid someone €10,000 to get rid of you if anything happens and I went to prison”.

In her victim impact statement she said she was in shock and believed his threats and said “it gave me chills to think I had been watched in my home”. She said she was terrified of the man because she felt he was capable of anything and she had to close her business of 18 years.

She said she used to be a confident outgoing woman but now she still has nightmares of the man cutting my fingers off. She said she was quite surprised when the man pleaded guilty on July 14th last to the charges relating to the second attack as it was the first time he admitted anything.

The man pleaded guilty to interfering with a witness in a criminal investigation, trespass, assault causing harm, criminal damage and making a threat to kill.

Defending counsel Siobhan Lankford SC told Mr Justice Tony Hunt that her client has no criminal connections and that there was no reality to his threats. Justice Hunt adjourned finalisation of the case to October 17th next.