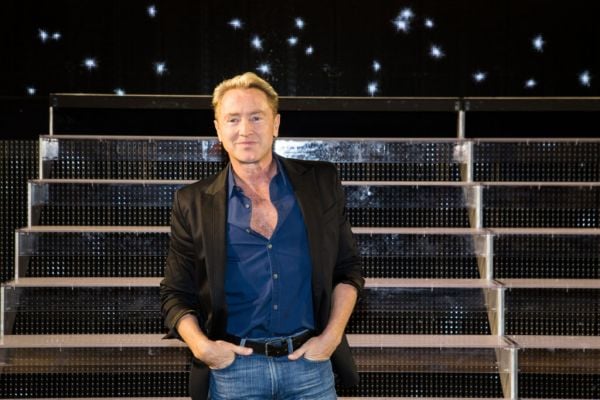 Riverdance and Lord Of The Dance star Michael Flatley has settled a High Court action he brought over alleged deficiencies in works carried out at his opulent Castle Hyde mansion in Fermoy, Co Cork.

Mr Flatley’s action arose after a fire seven years ago damaged the historic three-storey period Castle Hyde house, which dates back to 1790 and is a protected structure.

Mr Flatley, who has spent over €25 million renovating the mansion since he bought it in 1999, claimed the fire on the night of June 18th, 2015 started in an electrical panel located in a service compartment at the first-floor level in the property.

He claimed that parties he hired to carry out certain works including electrical works, were allegedly negligent and allegedly did not implement proper fire safety measures when working on the house.

As a result, he sued Mr Peter Inston, who he said is a London-based architect and interior designer and Sean R McCarthy a consultant engineer of The Orchard, Cork Road, Fermoy Co Cork.

They denied all of Mr Flatley’s claims.

At the High Court on Friday Martin Canny Bl, instructed by of Gavan Carty of Kent Carty solicitors for Mr Flatley told Ms Justice Marguerite Bolger that the proceedings had settled and could be struck out.

No details of the settlement, which is understood to be confidential, were given to the court.

Mr Flatley claimed that the defendants, carried out various works on the house, on dates between 2001 and 2006.

Arising out of what he claimed was alleged negligence, breach of contract, and alleged misrepresentation Mr Flatley sought damages to cover various costs he incurred including the costs of repairs and remediation works to Castle Hyde.

Mr Flatley had claimed that Mr Inston had allegedly failed in his responsibility to identify deficiencies in the electrical cabinets, and fire stopping prior to issuing a certificate of practical completion, and generally in connection with his involvement in the construction works.

He alleged that Mr McCarthy, who carried out work at Castle Hyde in 2006 had allegedly failed to identify deficiencies in the fire stopping and fire rating of the electrical cabinets when completing snag lists after works had been done at Castle Hyde.

It is also alleged that he allegedly failed to instruct a building contractor to carry out certain necessary works or ensure that they were correctly and fully completed by the contractor.

He also argued that Mr Flatley’s claim against him was statute barred as it had not been brought within the legally permitted time to bring such an action.

In its defence Malachy Walsh & Partners also said the claim was statute barred and that there had been an alleged inordinate delay on Mr Flatley’s part in bringing the claim.

It further denied that it was in breach of contract or that it had any obligation to carry out fire safety works in the manner alleged by Mr Flatley, with an address at Monte Carlo in Monaco.

The company added that it was not responsible for any of the damage sustained to the property as a result of the 2016 fire.

In his defence Mr Inston denied any wrongdoing and said that the allegations had nothing to do with him. He said he could not understand why he was being sued personally by Mr Flatley.

He said that a company he had been involved with had done some interior design work for Mr Flatley.

He said neither he nor the company had any obligations to ensure that fire safety works had been properly carried out.