Prices in Ireland rose by 9.6% in the year, new figures show 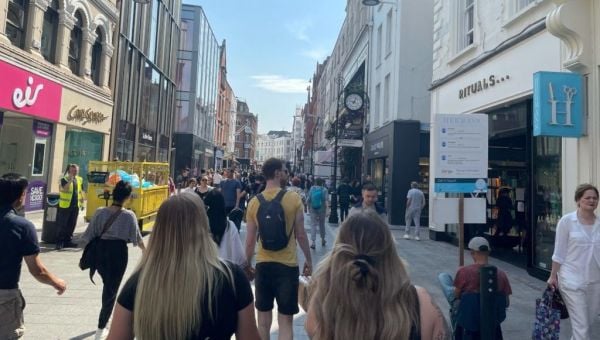 Prices in Ireland rose by 9.6 per cent in the year to July 2022, according to figures in the EU Harmonised Index of Consumer Prices (HICP).

Ireland’s rise in inflation compares to an annual increase of 8.9 per cent in the Eurozone, in figures compiled by the Central Statistics Office (CSO).

Annual estimates of inflation for eight of the 19 Eurozone countries published today were lower than the estimate of 9.6 per cent for Ireland while 10 countries had a higher rate.

Estonia had the highest estimated rate of annual inflation in July 2022 at 22.7 per cent, while Malta had the lowest at 6.5 per cent.

Looking at the components of the flash HICP for Ireland in July 2022, energy is estimated to be down by 1.6 per cent in the month and up by 50.4 per cent since July 2021.

Euro annual inflation is expected to be 8.9 per cent for July, up from 8.6 per cent in June, the figures also show.

Anthony Dawson, statistician in the prices division, said: “The latest flash estimate of the Harmonised Index of Consumer Prices (HICP), compiled by the CSO, indicates that prices for consumer goods and services in Ireland are estimated to have increased by 9.6 per cent in the past year.

“The corresponding rate for the Eurozone published by Eurostat today was 8.9 per cent.

“These flash estimates are subject to revision when the final HICP results are published next month.

“For the Eurozone overall, energy prices were up by 0.4 per cent in the month and up by 39.7 per cent on an annual basis.”