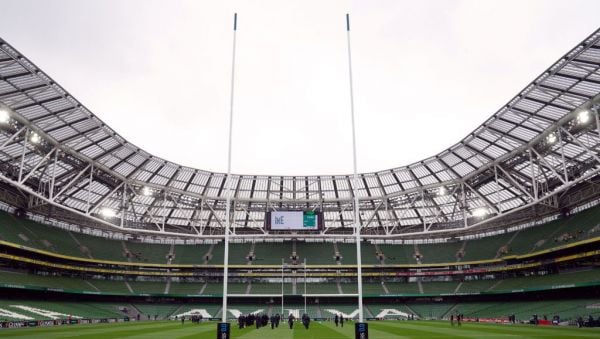 The chief executive of the Irish Refugee Council Nick Henderson has said that the accommodating of Ukrainian refugees at the Aviva Stadium was “a very real reminder” of the “very significant absence” of medium to long term accommodation for refugees from Ukraine.

“What we’ve seen at the Aviva is a very visual reminder of the situation we’re in,” he told RTÉ radio’s Morning Ireland.

“In many ways we commend the Aviva Stadium and other accommodation providers for coming forward, but it is a pretty plain and real reminder that there is a very significant absence of medium to long term accommodation for refugees from Ukraine”.

Mr Henderson said that if the rate of arrival of refugees from Ukraine continued at the current level to the end of the year then there would be 65,000 arrivals of whom 75 per cent required accommodation.

Even if all the places pledged were realised, that would still be only 9,000 while 50,000 places were required.

“There is a very clear and real and very significant gap between the accommodation needed and the amount of accommodation that we are likely to have on stream and that’s in a best case scenario I believe”.

Modular homes would provide 2,000 places, but this was still insufficient for the challenge facing the country, he said.

“While it’s important (modular home plan) and we commend any attempt to bring in a medium to long term solution the numbers are simply insufficient to the challenge that we have in front of us.

“We’ve always said that we think Ireland has led well from the beginning. There has been a strong emergency response but the real challenge will be this medium to long term planning and implementation particularly around accommodation and also that we are not alone in this situation at all, across Europe countries are experiencing challenges, countries with fewer resources are welcoming more refugees and they’re working through these problems as well.”

Other government departments needed to take more responsibility, he said.