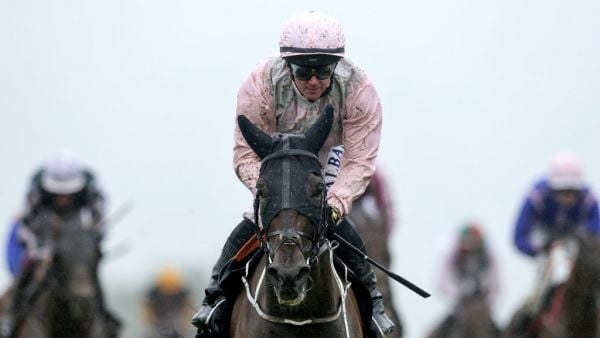 Sionnach Eile turned the featured mile and a half Guinness Handicap into a procession under a positive ride from Gary Carroll at Galway on Friday evening.

A 12lb hike for a previous success at Ballinrobe was no detriment to the lightly-raced Joseph Murphy-trained five-year-old, who was sent off a 9-1 chance.

Up with the early pace before being reigned back, Carroll made his move with three furlongs to run, before scooting clear off the final bend to beat Dame Rapide by six-and-a-half lengths.

The feature @Guinnessireland Handicap goes to Sionnach Eile, with the five-year-old running clear in style in the hands of @garyfcarroll for trainer Joe Murphy 🏆 pic.twitter.com/dyResCSElL

A half-brother to Galway Hurdle winner Swamp Fox, his trainer is hopeful he will progress further.

Murphy said: “I would have preferred to run him off 82 (his recent Ballinrobe-winning mark) but one of the 82s didn’t get a run today.

“I thought the handicapper was wrong, but I’d have to say he was right, this time.

“He is in the Cesarewitch and we have a little question about him getting the two miles but, after that performance, I think he’ll get it.

“He will jump hurdles down the road and maybe in two years’ time he could run in the Galway Hurdle.” 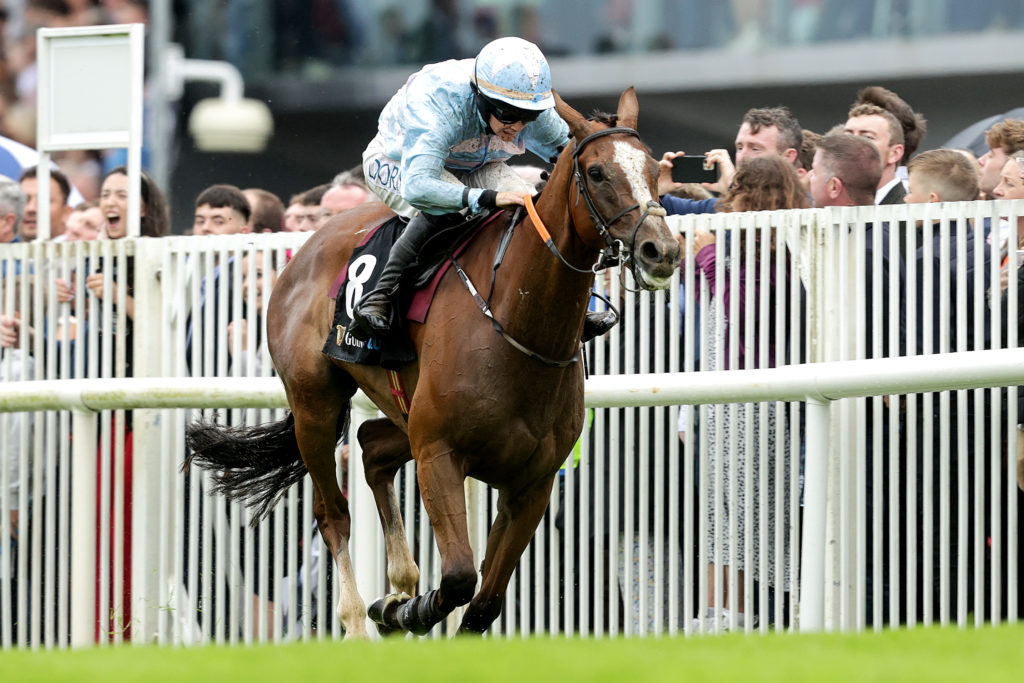 The Henry de Bromhead-trained seven-year-old was having just a sixth start over fences, and was ridden patiently by Blackmore, who made her move approaching the last two fences in the extended two and three-quarter-mile contest.

Having jumped upsides Russian Diamond and Busselton, who had both helped set the pace, the 22-1 chance instantly put daylight between those rivals after the last and stuck on stoutly to score by two-and-a-quarter lengths.

Busselton, sent off the 7-2 favourite on his chasing return, was carried out on on his shield under JJ Slevin, with the staying-on Fan De Blues a further three-quarters of a length back in third.

Blackmore said: “It is brilliant to get one on the board. He did it really well and is progressing all the time.

“He didn’t jump fantastically today, made one or two mistakes, but got up the hill really well and stayed really well. He seems to have taken well to chasing, so hopefully there will be more to come.”

Trainer Peter Fahey recoded a fourth winner of the week when Sit Down Lucy got a dream run before having to dig deep for victory in the Guinness Galway Tribes Handicap Hurdle. 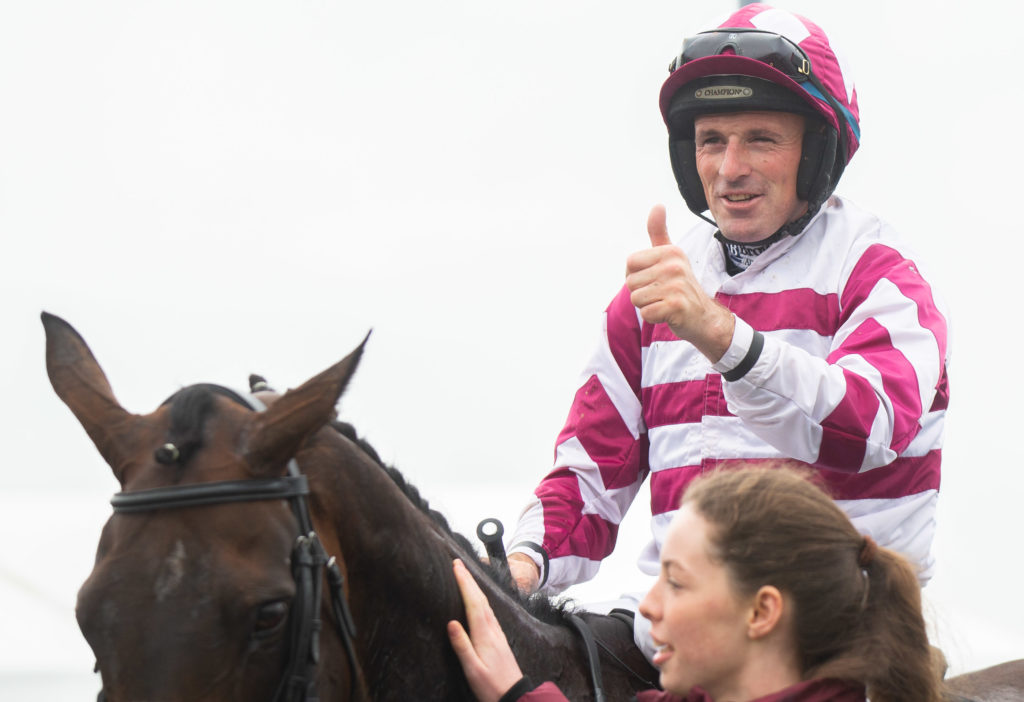 It paid to be handy in the two-mile contest and jockey Sean Flanagan was always up with the pace, set by Sean O’Keeffe aboard Sil Ver Klass. That partnership were still at the head of affairs jumping the last before fading to finish third.

Flannigan eased to the front in a couple of strides, yet the 11-1 chance had to fend off Teed Up, who threw down a persistent challenge under Simon Torrens, only to be vanquished by half a length.

Fahey said: “She is a lovely filly, is consistent and was unlucky one day in a good handicap at Ballinrobe when jinking left and unseating Shane Fitzgerald at the last. We always knew there was a good day in her.

“I don’t know what it is, but the last three or four weeks the horses have clicked into form. I worked her last week with Darren (Harrison) riding and couldn’t believe the work she did. The horses couldn’t have picked a better week to hit form.”

He added: “Padraic Ryan (owner) is a local from Tuam, always had horses with me, so to come here to Galway and get a winner for him is great. He’ll definitely celebrate it!”

Shane Foley got the run of the race from an ideal draw aboard Roman Hands, who held on from San Anton in a head-bobbing finish to a messy renewal of the seven-furlong James’s Gate Irish EBF Median Auction Maiden.

There were plenty of hard-luck stories in behind, not least eventual third Keep In Touch, who had his path blocked twice at crucial stages, and debutant Mount King, who similarly did not find a clean passage.

Yet Foley made most from stall one, the addition of cheekpieces helping Jessica Harrington’s Holy Roman Emperor colt, as the 3-1 chance hung on by a nose to score at the third time of asking.

The winning trainer’s daughter and assistant, Kate Harrington, said: “He is an improver, seems to thrive and was tough. As soon as the horse came to him he wanted to battle and he keeps improving. We’ll take baby steps now.

“It is great for (owners) Champion Thoroughbreds who are a big Australian racing syndicate, who also have another two-year-old with us.”

Harrington and Foley recorded a double on the night when Willamette Valley (15-2) stepped up on her previous two runs to take the mile and a half Guinness Irish EBF Fillies’ Maiden by a neck from Ark.