‘Trusted enabler’ of Kinahan Cartel jailed for role in murder 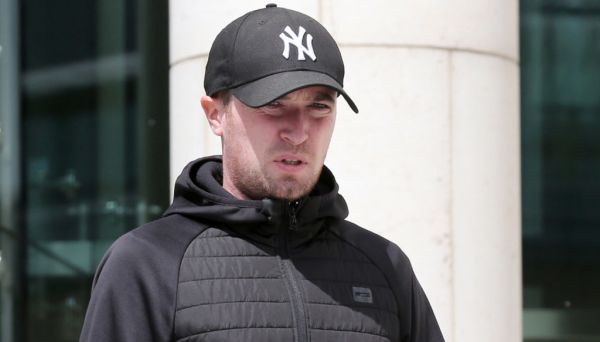 A “trusted enabler” of the Kinahan Cartel has been jailed for over 10 years for his role in the murder of an innocent man and the attempted murder of an associate of the rival Hutch gang, in what gardaí say is a “significant” blow to a “violent criminal organisation operating a campaign of murder and violence”.

Martin Aylmer made the “schoolboy error” of using his own name and car when he imported tracking devices that the cartel used in both crimes.

Aylmer on Friday was sentenced to 10 years and four months with the final two suspended after pleading guilty for participating in or contributing to the murder of innocent father-of-four Noel ‘Duck Egg’ Kirwan in 2016.

He had previously pleaded guilty to a similar offence in relation to the attempted murder of James ‘Mago’ Gately. Both men were targeted because the Kinahan cartel believed they were associated with people involved in the murder of David Byrne at the Regency Hotel in February 2016, the Special Criminal Court has heard.

In a previous case, the Special Criminal Court said it was “disturbing” that Mr Kirwan had apparently been shot for no reason other than the fact that pictures of him had appeared in the media in the company of a childhood friend. The court heard that Mr Kirwan had absolutely no involvement in criminality.

On Friday at the non-jury, three-judge court Mr Justice Tony Hunt sentenced Aylmer to five years’ imprisonment for his involvement in the murder of Noel Kirwan and a consecutive sentence of five years and four months in jail for his part in the attempted murder of James Gately.

Mr Justice Hunt then suspended the final two years of the sentence for four years.

Aylmer (35), with an address at Casino Park, Marino, Dublin 3 pleaded guilty to participating in, or contributing to the murder of Christopher (aka Noel) Kirwan between October 20th, 2016 and December 22nd, 2016 with the knowledge of the existence of a criminal organisation.

He also pleaded guilty to participation in the plan to murder James ‘Mago’ Gately between September 7th, 2016 and April 6th, 2017. Both offences are contrary to section 72 of the Criminal Justice Act 2006.

Aylmer was found guilty of importing tracking devices from the UK by ferry to be used in both crimes.

In 2018 Aylmer was sentenced to a little under four years after he pleaded guilty to buying mobile phones for the gang who murdered Michael Barr at the Sunset House in Dublin’s north inner city on April 25, 2016. His sentence was later increased to six years by the Court of Appeal in a judgement that laid down the principles for sentencing people convicted of participating in offences carried out by criminal organisations.

Passing sentence, Mr Justice Hunt said that Aylmer’s conviction was “another lesson in the perils of becoming involved in this organisation”.

“Today’s convictions are significant in bringing to account a trusted enabler, without whose support and assistance a violent criminal organisation could not operate a campaign of murder and violence which impacted immensely on families and local communities.

“I can confirm that investigators are still actively engaged in gathering evidence with the aim of prosecuting other persons identified and suspected of being involved in these violent crimes.”