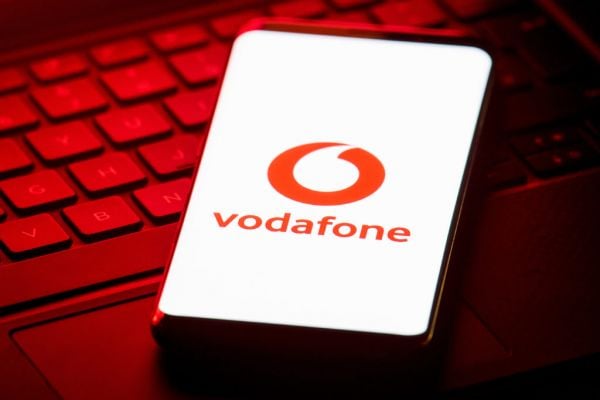 Vodafone’s decision to cancel free calls and texts for Ukrainian refugees is “mean-spirited” and should be reversed, according to a Senator.

Vodafone has now ended the deal, with it being discontinued as of Tuesday, July 19th.

Fine Gael Senator Garret Ahearn said: “I am dismayed to learn that Vodafone Ireland is stopping the offer of vital connectivity services to refugees fleeing Ukraine who want to keep in touch with friends and family they have left behind.

“According to media reports today, a company executive has said there is ‘no more value’ in offering free mobile services to Ukrainians, as it costs more money for companies to run.

“A company spokesperson reportedly said free roaming services to Ukraine had been rolled out as a temporary measure only, and that it would still support the provision of SIMs with free credit.

“I think the millions of people who have been forced to leave Ukraine, as well as the NGOs working on their behalf, would beg to differ as they still deserve help and support from all stakeholders for however long this war should continue.”

Mr Ahearn was referring to a report in the Irish Independent that Vodafone has withdrawn the offer following “war fatigue”.

Vodafone would do well to demonstrate compassion here by enabling Ukrainian refugees to phone home without worrying that they do not have enough credit.

He added: “Vodafone Ireland had established a presence at Dublin and had distributed thousands of free SIM cards for those arriving, with three months Vodafone X free calls to Ukraine and an allocation of international calls across the EU so people can could call those displaced around the EU.

“It has been providing help in a number of countries through its Vodafone Foundation and said it was offering fast-track employment opportunities for those displaced by the crisis.

“The response from Vodafone is in stark contrast to that of the Irish people, who regard this crisis as a longer-term situation and have opened up their homes for months and possibly years to refugees who are in such a vulnerable position. Government have likewise provided excellent wraparound supports and services to those arriving here.

“Vodafone would do well to demonstrate compassion here by enabling Ukrainian refugees to phone home without worrying that they do not have enough credit. I would urge Vodafone to show leadership here and do the right thing.”

A Vodafone spokesperson told BreakingNews.ie: “Vodafone have provided, and continue to provide, thousands of SIMs with free calls and texts in Ireland and a generous allowance for international minutes for up to three months. This programme supports the government initiatives to assist Ukrainian citizens arriving into Ireland.

“This was put in place back in when the war started and provides free access for a period to assist settlement into the country. Earlier this week we delivered 600 SIMS with credit and free access to Citywest for people arriving next week. Across Europe, the Vodafone Foundation has been coordinating a number of measures for refugees including, employee and charitable cash donations to support the UNHCR’s response in Ukraine and free connectivity, charging points and WiFi for those on the move through our Instant Network programme.”