Formula One launches ‘Drive It Out’ campaign on abuse 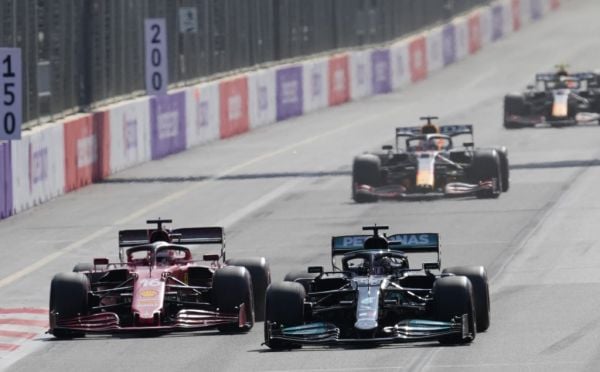 Formula One launched a ‘Drive It Out’ initiative on Saturday to tackle abuse after recent incidents of racist and homophobic behaviour by spectators and the sexual harassment of female fans.

The sport said it was sending a clear and united message that the abuse, both at races and on social media, must stop and those who spread it were not welcome.

The campaign, triggered in particular by abuse at this month’s Austrian Grand Prix, was launched via a video featuring all 20 drivers, Formula One chief executive Stefano Domenicali and FIA president Mohammed Ben Sulayem.

“Formula One is all about competition and rivalry,” said Domenicali, opening a statement continued by a sequence of drivers who are competing in Hungary this weekend.

“But also respect. Respect as competitors, respect for our fans, respect for the whole F1 family. Abuse of any kind is unacceptable. If you cannot be respectful then don’t be part of our sport.

“We cannot let those who think they can abuse others get away with it,” said Mercedes’ seven-times world champion Lewis Hamilton before others completed the statement.

“We have a duty to call this out and say ‘no more’. We are acting as a community to block those who abuse others online. We won’t allow abuse at our races. But we also need social media platforms to tackle abuse online head-on.

“Those who hide behind social media with abusive and disrespectful views are not our fans. We are united and ask you to join us in driving this out of all sport and society. Drive it out together.”

In Austria, where most of the crowd was supporting Red Bull’s world champion Max Verstappen, there were reports of drunken males harassing female fans, of homophobic chants and racial abuse.

Four-times world champion Sebastian Vettel called at the time for lifetime bans while Hamilton said he was “disgusted and disappointed” by the behaviour.

Formula One has since spoken to grand prix promoters to ensure plans are in place to deal with incidents when they arise, and could also look at alcohol sales during race weekends. -Reuters