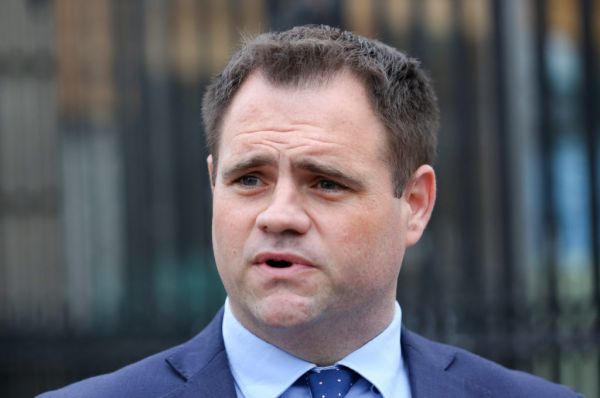 The debate on Irish unity must transition from “aspirational to achievable”, according to Fine Gael spokesperson on European Affairs, Neale Richmond.

Speaking at the Garret Fitzgerald Summer School in Dublin, Mr Richmond said his party must now map out their vision for Irish unity.

The Dublin Rathdown TD has proposed to undertake a “detailed engagement” within Fine Gael to outline their vision on a United Ireland in the coming months.

Mr Richmond said: “Many people, both supporters and opponents of a United Ireland, fairly ask what would such an Ireland look like?

“Now is the time for us in Fine Gael, the United Ireland Party, to clearly map out what our vision for a new State would look like.

“This week’s Young Fine Gael poll has revealed that 84 per cent of members are in favour of unity; clearly a massive amount of people within our political movement desire a United Ireland.

“We must take that enthusiasm and use it to form a clear Fine Gael vision of a United Ireland.

“There’s no in point calling for border polls or lamenting the status quo without being prepared to lay out a vision of what a United Ireland should look like.”

Ahead of the party’s Ard Fheis in November, Mr Richmond said he will engage with every member of the Fine Gael parliamentary party to “bring together a comprehensive vision of what we want in a United Ireland. I will also address commonly held concerns and outline the path forward”.

“Everything should be on the table, from identity to economics, from our healthcare system to our role in the world, from policing to education and beyond. We in Fine Gael can lead the way by putting together our vision.

“Garret Fitzgerald wrote many years ago about working towards a New Ireland, this work must now pick up pace as we respond to the crises created by Brexit. Unlike Brexit, we cannot sell people a loose aspiration, we must propose a detailed, realistic and achievable vision.

He concluded: “It is time for the debate on Irish Unity to move from aspirational to achievable and I want Fine Gael to lead that”