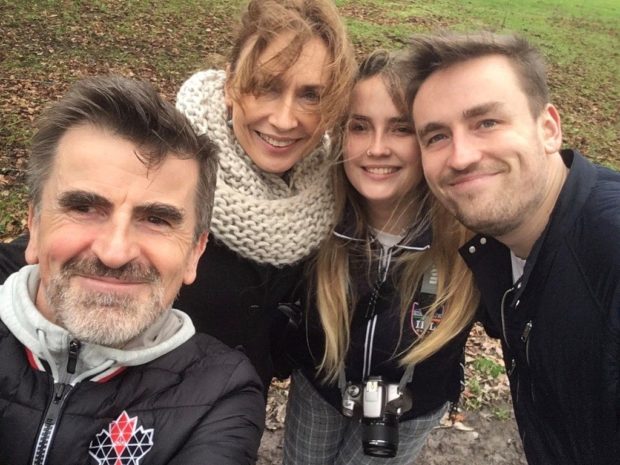 A Carlow man who has been diagnosed with Parkinson’s Disease (PD) is supporting calls for Health Service Executive funding to be made available urgently for specialist nurses with diagnoses of PD in Ireland set to double by 2040.

Gary Doyle, who was diagnosed with Parkinson’s Disease in 2009 aged just 44, spoke at a recent Oireachtas briefing to TDs and Senators in the AV room at Leinster House, organised by Cork Parkinson’s Association, the Dublin branch of the Parkinson’s Association of Ireland and Young Parkinson’s Ireland.  Emphasising the need to have specialist PD nurses available to people with Parkinson’s, he said: “Post diagnosis I put my head in the sand and ignored it until 2014, by which stage my tremor was constant, my gait was stooped and my voice was fading.   I know I had to regain control so at that point, with the help of a Parkinson’s Specialist nurse, I revamped my exercise routine, had intensive Speech and Language therapy intervention, and started Irish Set Dancing, among many other activities.

“I’m now at the point where I can confidently say, although I’m not cured, I am better. And I really want to emphasise the value of the role of PD nursing specialists in supporting me to get where I am.  If I can do this, others can too, but access to the help and support of a nursing specialist is vital.”

With over 12,000 people living with Parkinson’s Disease in Ireland, it is the fastest growing neurological disorder in the world, with increasing incidences in under 65s.  In addition, since 2019, several specialist nurses have left their posts without being replaced, resulting in just six to serve the population. Only 21% of people with Parkinson’s Disease reported having had any access to a PD nurse specialist since diagnosis, significantly less than the National Institute of Clinical Excellence guidelines that state people with Parkinson’s (PWP) should be seen at least twice a year.

Tony Wilkinson, Chairperson, Cork Parkinson’s Association, said: “To meet growing demand, we need 31 over the next five years, while we currently only have six!

“PD specialist nurses provide hugely valuable services to people living with the disease, including medication review and adherence, coordination of care, emotional support and counselling, treating non-motor symptoms, home visits and providing support to those living with Parkinson’s in managing their own care.

“This support can allow those living with the disease to have more independence and autonomy and ultimately reduce pressure on the hospitals.  Alongside this, each specialist nurse will save the HSE up to €300,000 a year which could be invested into other services.”

“Incredibly, four out of five people living with Parkinson’s disease, do not have access to a nurse specialist because of limited investment over the years in neurology services. Furthermore, we do not have adequate multidisciplinary staff to meet the increasing demands post covid; especially for people with Parkinson’s Disease who struggled and deteriorated significantly during isolation.