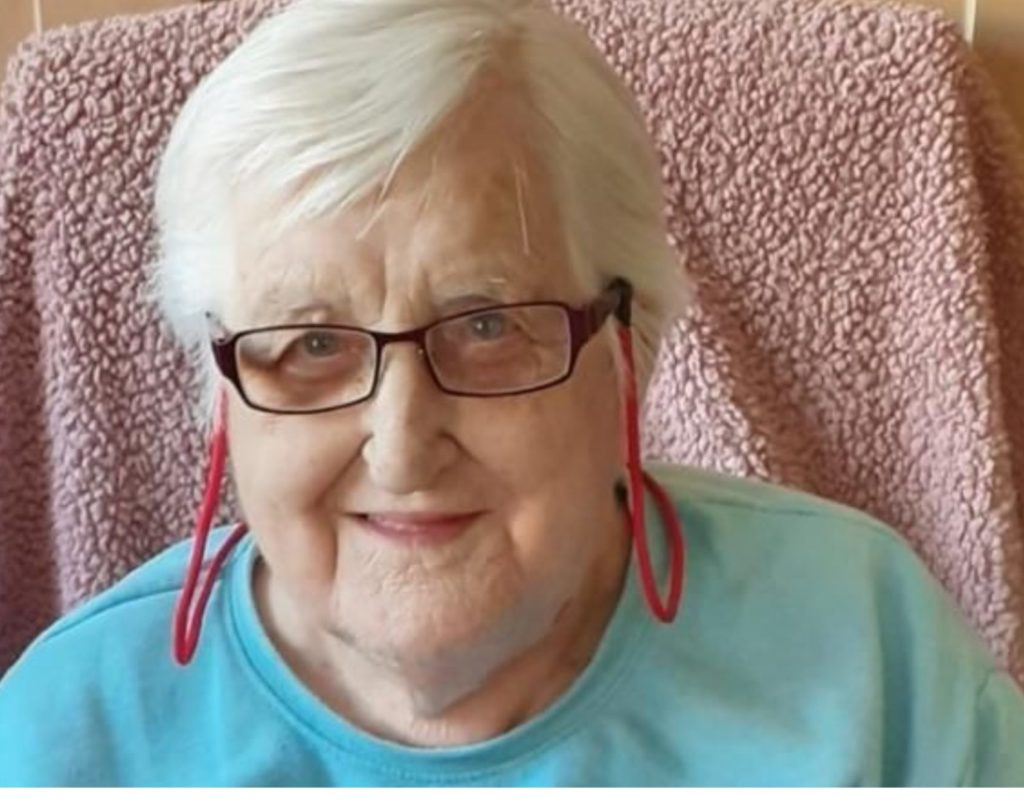 MARY (Molly) Flood, Woodlands East, Castledermot, Co Kildare, who passed away peacefully at Cloverlodge Nursing Home, Athy on Thursday 23 June, was the matriarch of four generations of her family. Molly, who celebrated her 91st birthday on St Valentine’s Day, was the former Molly Tobin and a native of Carlow town.

In the weeks following her birthday, Molly’s health began to decline and she was a patient in Naas General Hospital for some months before spending the final weeks of her life in Cloverlodge.

Molly was married to Patrick (Paddy) Flood from Woodlands East, Castledermot, who survives her along with five of her six children – their daughter Freda Keane passed away in London in April 2017 at the age of 57.

Molly and Patrick married in the Cathedral of the Assumption, Carlow on 3 October 1956. The couple had met in 1952 and shortly after their marriage moved to Woodlands East, where she lived happily for the remainder of her life.

A woman of quiet disposition, Molly’s focus was always directed towards the welfare of the generations of the Flood family and of her Tobin family in Carlow. She was always happy to have her family and friends around her.

Molly was daughter of Jim and Mary Tobin and the last surviving member of her family. Her mother was the former Mary Farrell – the Farrells were blacksmiths by trade. When her mother died at a young age, Molly undertook Mary’s role in the running of the family.

She made a lot of friends in the Castledermot area and many people called to the Flood home for a chat and a cuppa.

Molly liked to crochet and knit. And she was noted for the quality of her Christmas cakes and puddings. She enjoyed going walking, calling on neighbours on the way.

Molly and Paddy celebrated their golden wedding anniversary in October 2006 and their diamond anniversary in 2016. And there was a family gathering to mark Molly’s 90th birthday in February 2021.

Molly reposed in Carpenter’s Funeral Home, Barrack Street on Sunday 24 June and her funeral Mass was celebrated in her local Church of the Assumption, Castledermot on Monday morning. The celebrant of the Mass was Fr Aidan Kieran, Adm, Castledermot.

At the end of Mass, Molly’s daughter Jacinta Flood read a tribute she had written about her mother, extolling the many fine qualities Molly brought to her long life.

Following Mass, Molly was laid to rest in Coltstown Cemetery, Castledermot, with Fr Kieran reciting the final prayers at the graveside.