Day in the Life of an AI expert 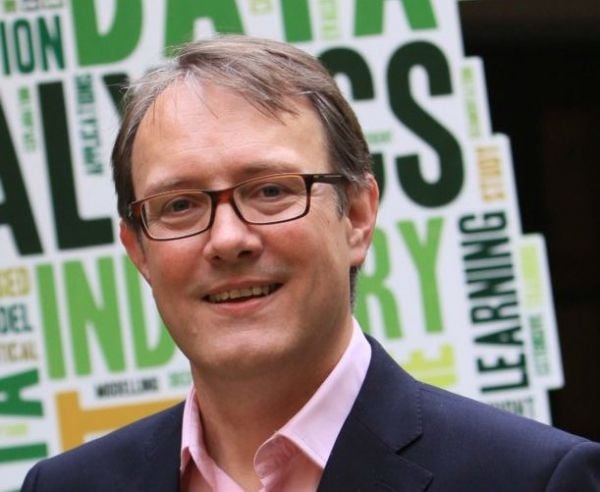 When artificial intelligence is mentioned, many people think of flying cars, killer robots from movies, and machines replacing jobs.

However, the reality of AI is very different, and Edward McDonnell, centre director of CeADAR, Ireland’s national centre for Applied Data Analytics and Artificial Intelligence, spends a lot of his time highlighting how it can help businesses and individuals.

So what does a Day in the Life of an AI expert look like?

Mr McDonnell told BreakingNews.ie: “It’s a very dynamic environment, that’s reflected in AI in the fact that it’s dynamic and fast changing. There’s a lot of variety and that’s something I really like.

Practical examples of the companies Mr McDonnell and CeADAR work with include technology that summarises large videos, optimising processes, and predicting when expensive machines will need to be repaired.

“We’re totally bombarded with content so summarising it like that is great. We help other companies with improving their process, the quality of service, let’s say making widgets to reduce the number of errors.

“One of the big projects that worked well for us was being able to predict when machines will fail. One area was pumps on the ocean floor controlling oil flows, if you can tell a pump is going to fail two months before… AI can help with that.

“We worked with several Irish companies in the business of wind farms, so we can predict the power output days in advance because they want to be able to balance the generation of power.”

He added: “Even mundane stuff, a marketing company might want its database of clients divided into different types.

“One that’s a bit different is we’re working with a company who make vertically climbing robots, they’re very small, but they have four big suckers so if you put it on a wall or metal surface it climbs up… it has a camera, and it looks for faults or flaws with a metal container, an aircraft body, things like that.

“We’re working with Mana, the drone delivery company, so working with them to help the drones navigate where to drop off deliveries… be that a pizza or whatever, and then go back again.”

Mr McDonnell said one of his favourite things about AI is the wide-ranging nature of it, which means he meets people from all walks of life and different fields every day.

A typical day starts with setting the strategy for the centre, and implementing it, which takes up a lot of Mr McDonnell’s schedule.

“There’s a lot of time spent meeting the companies, talking to them and helping them move forward with AI. There’s also spreading the message about AI.

“There’s a lot of external committee work with the Organisation for Economic Co-operation and Development (OECD) and the Government’s Enterprise Digital Advisory Forum.

“Then there’s the day-to-day business of running the centre, I spend quite a while writing funding proposals. The other thing is the field is rapidly changing, we see a lot of different companies coming in everything from satellite and pharmaceuticals, to retail.

“It’s fascinating to hear all the different stories and the very clever men and women who are running these companies and know their business inside out.”